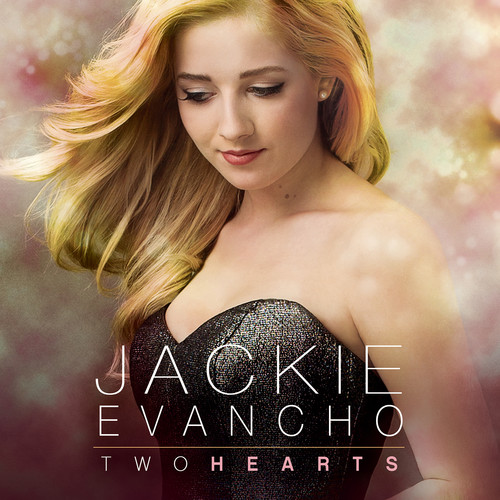 Fresh from her spotlight performance of the National Anthem at the Presidential Inauguration, platinum-selling vocal sensation Jackie Evancho releases her new album, Two Hearts. The album features a wide variety of classic and popular songs including Lucio Dalla's immortal "Caruso," the intermezzo from Cavalleria rusticana, "Attessa," Enya's "May It Be" from Lord of the Rings, Celine Dion's "Have You Ever Been in Love" and Taylor Swift's "Safe and Sound" all sung in Jackie's angelic style. Jackie Evancho dazzled American television audiences at age ten gaining global recognition with her stunning debut on NBC's America's Got Talent. Since then, she has released a string of platinum and gold albums, with sales of over 2.5 million in the U.S., acted in Robert Redford's The Company You Keep alongside Susan Sarandon and performed for President and Mrs. Obama at the National Christmas Tree Lighting in Washington D.C. Her broad successes lead Billboard Magazine to include Jackie on their list of "music movers-and-shakers under the age of 21" in 2011 and again in 2012.
back to top