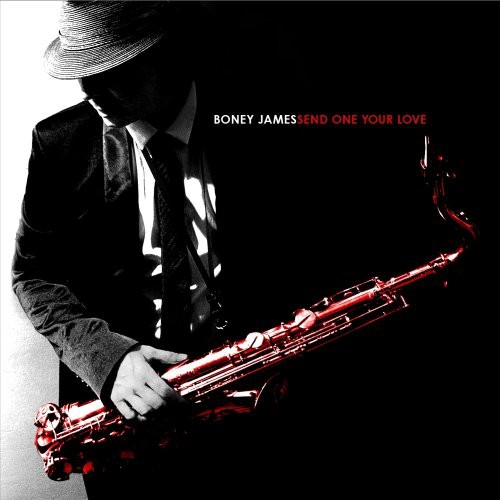 Icon Boney James delivers the ultimate love making experience with this sensuous new collection Features NEw MATERIAL as well as covers of Stevie Wonder, Barry White, James Taylor and more. Over the past decade, Boney James has proven to be one of the best selling, wideset reaching, most played and most honored artists in all of popular music. This is the follow-up to his debut Concord Records release, SHINE, which received rave reviews and landed him at #1 on the contemporary jazz charts soul train award winner 2 Grammy and 1 NAACP image award nominations

"Send One Your Love" is a 1979 soul single by American and Motown music great Stevie Wonder. The song reached #4 on the ''Billboard'' pop singles chart in 1979 and was the leading single off Wonder's ''Journey through the Secret Life of Plants'', which was a mostly instrumental album by Wonder. The song also became Wonder's second single to top the adult contemporary chart, following 1973's "You Are the Sunshine of My Life", topping the chart for four weeks.

In 2006, saxophonist Nelson Rangell covered the song from his album "Soul to Souls."

In 2009, another saxophonist Boney James covered the song from his also titled album "Send One Your Love." - Wikipedia