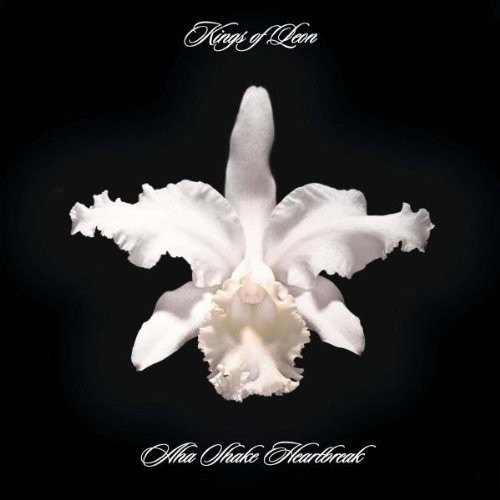 Aha Shake Heartbreak is the second studio album by American rock band Kings of Leon. It was released in November 2004 in the UK and February 2005 in the United States. It is the only album by Kings of Leon to have a Parental Advisory label because of the strong language in "Rememo," "Soft," and "Four Kicks." The cover is reminiscent of Queen's A Night at the Opera. "The Bucket," "Four Kicks" and "King of the Rodeo" were released as singles in the UK. The original UK/Ireland version of the album featured a black cover and an orchid, whereas the later US version featured a white background with a different kind of orchid. The album also contains the bonus track "Where Nobody Knows".