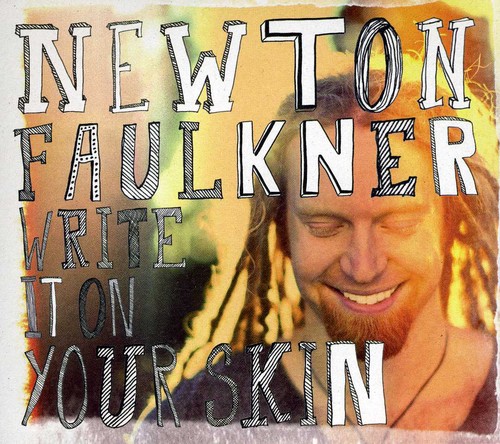 Brit nominated, acoustic guitar virtuoso Newton Faulkner is set to release his third album 'Write It on Your Skin' on July 9th with it's first single 'Clouds' out on July 1st. Now, after invention, innovation, reinvention and creation, comes his third album, Write It on Your Skin. This one man band (in every sense) has opened himself up to the talents of other writers and players working with his brother Toby (a former drum and bass MC), hip hop fan Sam Farrar (Phantom Planet) and production writing pair Nexus. The result? An album bristling with spontaneity, the best kind of DIY imagination, and songs from unlikely sources but with a very likely-lad appeal.
back to top