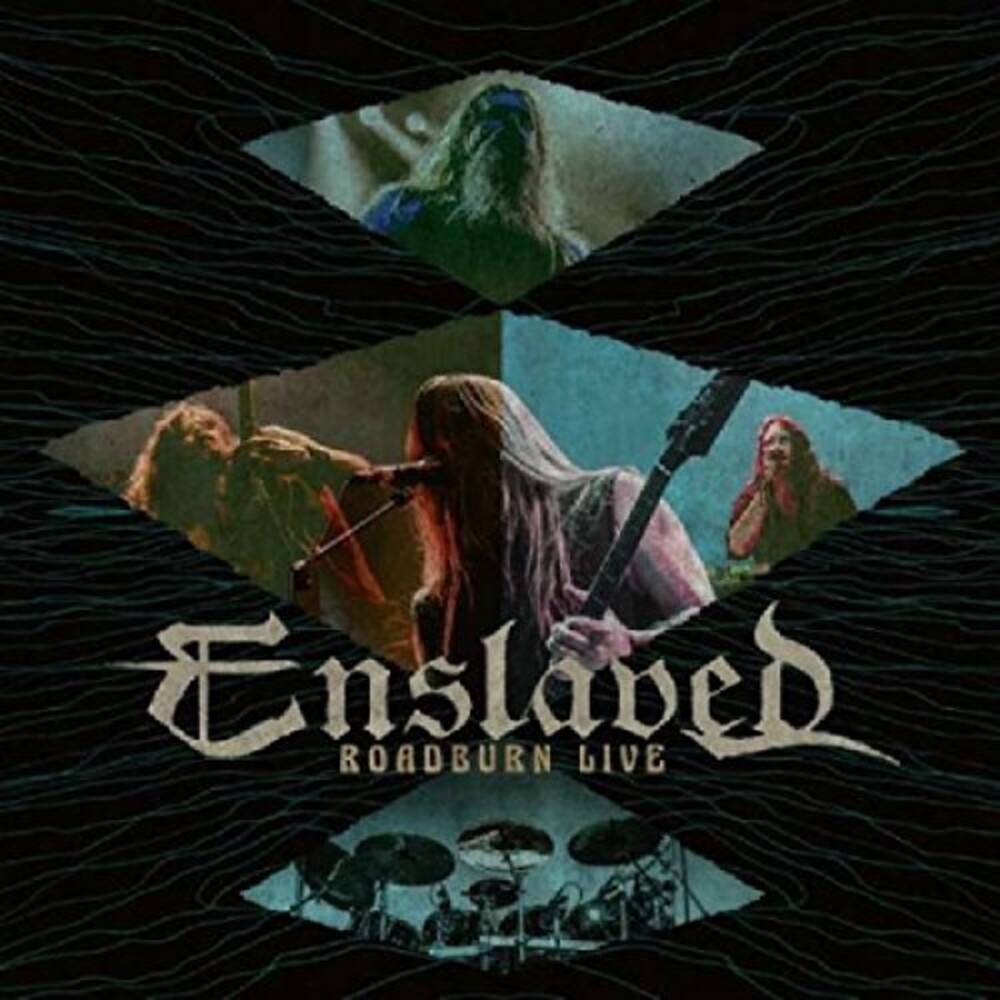 Vinyl LP pressing. After celebrating 25 years in 2016 showcasing a majority of older material, Roadburn Live displays works primarily from the newer and more progressive era of Enslaved's career, with songs from In Times, Riitiir, Isa, Below the Lights and Monumension. The album features guest appearances by Einar Selvik (Wardruna), Adalbjörn Tryggvason (Sólstafir), Per Wiberg (Opeth, Candlemass) and Menno Gootjes (Focus) on "Immigrant Song," the first cover song by Enslaved to ever appear on record. Grutle Kjellson comments: "I'm generally not a huge fan of live albums, I like to be present at a show, to grasp the energy of the band and to witness the, sometimes, magical symbiosis that occurs between the band and the audience. I am, however, a huge fan of the Roadburn Festival! I consider this to be my all time favorite, both as a musician and as a guest. Therefore; if ever Enslaved were to release a live album, it had to be from a Roadburn show!" The album was recorded during one of band's headline shows at the renown Roadburn Festival 2015; an edition curated by Enslaved's guitar player Ivar Bjornson. It was mixed by Iver Sandoy at Solslottet Studio and mastered by Jens Bogren (Kreator, Opeth, Sepultura) in Fascination Studios. It was also the last official release with Herbrand Larsen on keys and vocals.