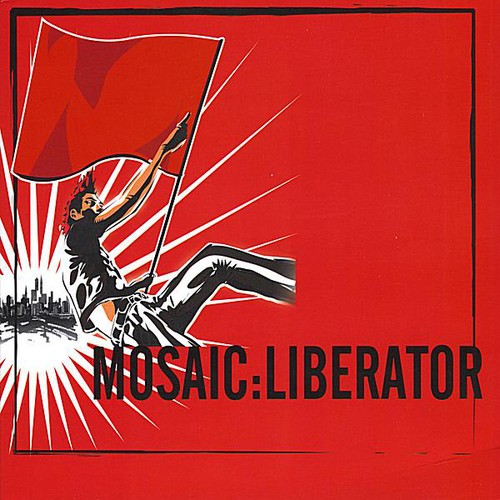 Last year, Glenn Suravech (producing under the name Mosaic) made an electrifying emergence on the music scene with his celebrated debut album, THROUGH THE EYES OF A WOMAN. Met with praise and media attention, the cross-genre album was an undeniable demonstration of the versatility, dynamism and inventiveness of Mosaic's sound and style. Now, coming fresh off of the momentum of his debut, Mosaic is proving himself an unstoppable creative force with the release of a scintillating follow-up album entitled LIBERATOR. Featuring 11 infectious tracks performed by 10 promising independent musicians/artists, LIBERATOR represents both an evolution and a distillation of Mosaic's trademark sound. The album was recorded in Los Angeles, with the exception of "God," which was recorded during a wave of inspiration in a hotel room in Waikiki. As a testament to the fitting nature of his chosen production name, the songs showcased on Suravech's new album are a mix?and in many cases, an artful blend?of rock/pop, hip-hop and electronica. The cast of collaborators on the album, too, represents a colorful tapestry of sorts. Several tracks represent solo venture for artists known for their membership in well-known local bands, and two featured musicians are returning favorites from Mosaic's first album; one track even makes creative use of the musical stylings of a four-year-old boy. The result is a unique album that weaves together messages and impressions of break-out freedom and pure expression. On the message of the album, Suravech remarks: "I namely look to myself in this as being harnessed by insecurity, fear of the unknown and fear of failure -- issues that have kept me from trying to realize my dreams or goals. These songs, I feel, all represent, in some way, liberation from things that are oppressive ? not just political." Suravech's personal journey of liberation through music has been one colored by a startling variety of experiences, influences and disciplines. Though LIBERATOR is his sophomore record and only his second appearance as music producer "Mosaic," Suravech is by no means a newcomer to the music industry. A long-time guitarist for the Los Angeles-based pop band Visiting Violette, he also spent years studying under such illustrious producers as Andrew Scheps (Red Hot Chili Peppers, Linkin Park) and Pablo Munguia (Alicia Keys, Justin Timberlake) and Steve Durkee (Prince, Janet Jackson). Prior to obtaining his Certificate in Recording Engineering from the University of California Los Angeles, Suravech also works as an audio engineer at Groove Masters Studio in Santa Monica, owned by rock legend Jackson Browne. The actualization of Suravech's aspirations to forge his own career as a music producer came about only through tenacity, self-discovery and the will to finally embrace freedom. Through both the title and the cover art of the album, Mosaic attempts to capture and convey the message of freedom even before the tracks are sampled. Though the album LIBERATOR does not imply or push any political statements, Suravech found inspiration for the artwork that graces it's cover in provocative Chinese propaganda art of the 1940s. "I decided to go with the red cover because of it's striking, attention grabbing, nature?which I think is one of those elements in propaganda art. I asked an artist (David Green) to draw a character that seems free and looks forward toward a big future," says Suravech of the depiction. The resultant "superhero" character is meant to "liberate ideas and break you from oppression?which can manifest in oneself in many ways." Indeed, the spirit of liberation is pervasive across each masterful track of the album. "God," with hard rock sound and haunting lyrics is both a soulful plea for and a celebration of spiritual liberation. "TV Therapy," a powerful rap an rock anthem, carries a message of social oppression and puts forth a poignant plea for humanity to prevail over the numbing, sedative effects of media, while "Opening Up My Soul" lays out a reverberating, wide-open rock-electronica soundscape with it's freely wailing guitar. With LIBERATOR, an ambitious and very worthy follow-up to a debut album already hailed as ground-breaking, Mosaic shows ever stronger promise to position himself as an innovator in the independent music industry and beyond. LIBERATOR, independently release under Suravech's own company, Mosaic Sound Recordings (MSR), will be available through iTunes, CD Baby, Amazon and numerous other Internet outlets.