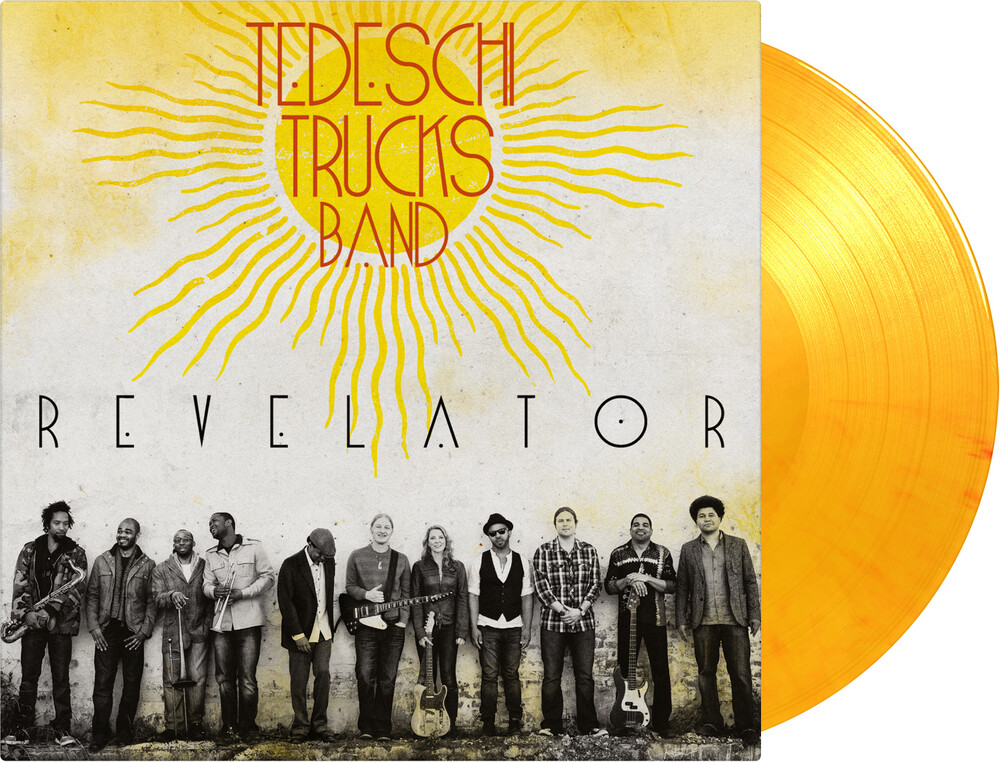 Revelator is the debut studio album from the 11-piece TedeschiTrucks Band. What Susan Tedeschi and Derek Trucks have recorded proves something beyond their well-founded reputation as a live unit: that they can write, perform and produce great songs. Revelator is a roots record that sets a modern standard even as it draws it's inspiration from the past. It's got everything a listener could want: grit, groove, raw, spiritual emotion, and expert-level musical truth. The album won a Grammy Award for Best Blues Album at the 54th Grammy Awards.Available as a limited edition of 1500 individually numbered copies on flaming coloured vinyl. The package includes an insert with pictures and lyrics.
back to top