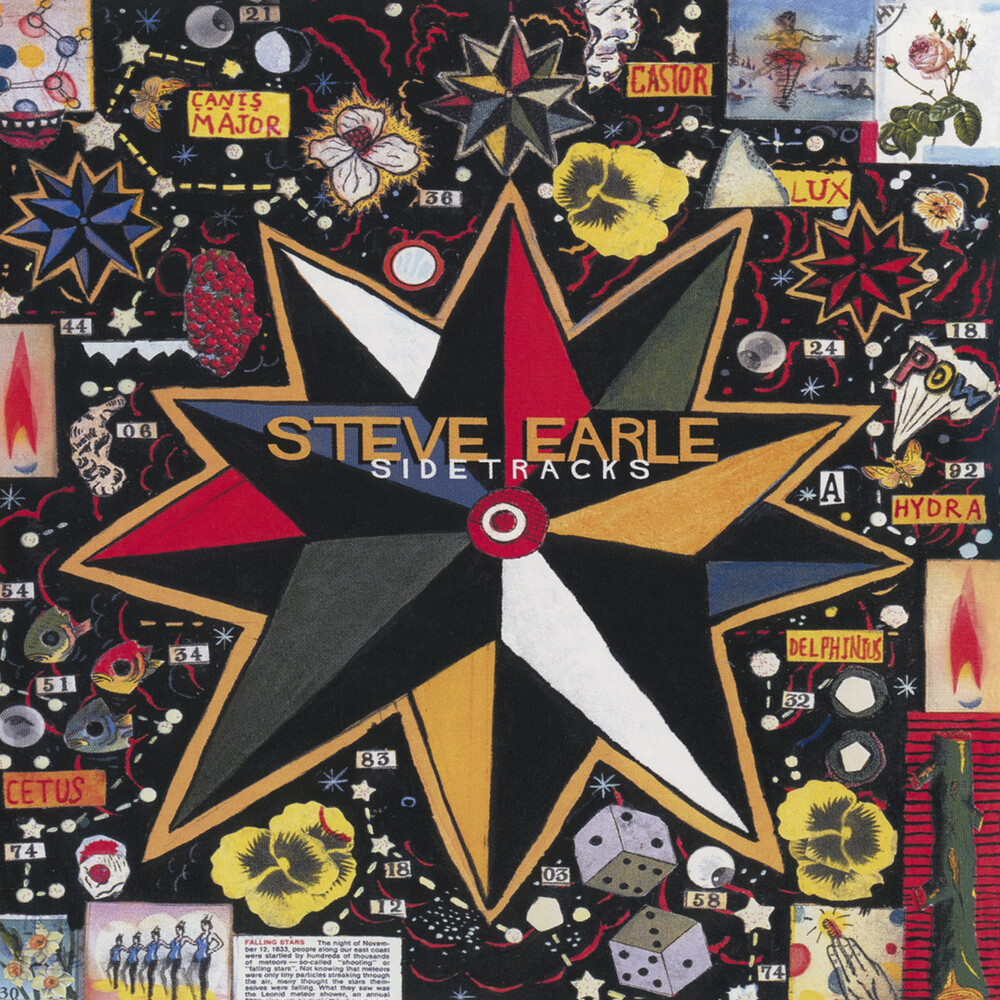 Steve Earle writes the following: "With the exception of the instrumentals... these (songs) are not outtakes. They are, rather, stray tracks, recorded at different times for different reasons that I am very proud of and are either unreleased or underexposed." Sidetracks also serves as a nice showcase for Steve Earle the Interpretive Singer. Since only six of the 13 tracks were written by Earle and two of those are instrumentals, for the most part you get to hear Earle try his hand at other people's songs, and for the most part he sounds great, bringing his own feisty stamp to tunes as diverse as the Flying Burrito Brothers' ode to draft dodging, "My Uncle," the reggae chestnut "Johnny Too Bad", the Chambers Brothers' psych-soul protest anthem, "Time Has Come Today" (featuring guest vocals from Sheryl Crow and ghostly samples from Abbie Hoffman) and Nirvana's angst-fest "Breed". Sidetracks is an impressive collection that makes clear Steve Earle's leftovers make for a better album than most songwriters could construct from their top-shelf work - and that he can get over as a singer and not just as a songwriter performing his own work.
back to top