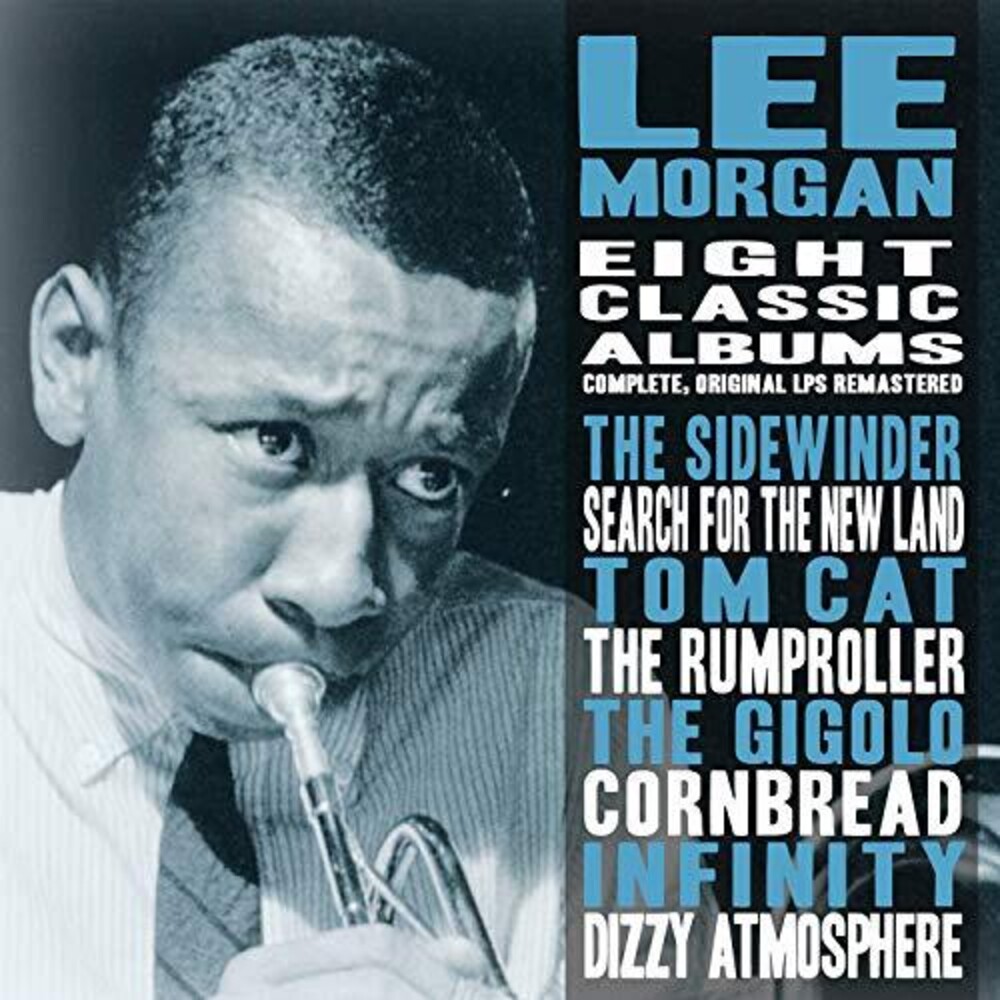 American jazz trumpeter, Edward Lee Morgan- professionally known by his middle name - is still celebrated as one of the key hard-bop players of the early 1960s. Born in Philadelphia on 10th July 1938, his sister gifted him his first trumpet on his 13th birthday, having previously been interested in the vibraphone and then the alto sax. His main early influence was fellow trumpeter Clifford Brown, from whom he took a few lessons as a teenager. Morgan achieved early prominence after playing on John Coltrane's esteemed Blue Train at age 17, and joining Dizzy Gillespie's big band a year later, a group with whom he performed and recorded for 18 months, until Gillespie disbanded his group in 1958. Morgan also played alongside other founding members of the group, notably trombonist Al Grey and saxophonist Billy Mitchell, on the 1957 Specialty album, Dizzy Atmosphere included in full as part of this collection. Following the demise of Gillespie's outfit, Lee joined Art Blakey's Jazz Messengers in late 1958, and while it further developed his talent as a soloist and composer. He toured with Blakey for a number of years, and was featured on numerous albums by the Messengers. Morgan had signed a deal with Blue Note records in 1956 and across the next 15 years, recorded twenty five albums for the label as leader. After being forced out of the Messengers in 1961 following serious drug problems, he returned to Philadelphia, where he continued to make albums, but he moved back to New York in '63. During this era he recorded his and Blue Note's most successful record, The Sidewinder, later that same year. Lee Morgan released a further 11 albums for Blue Note through the latter half of the '60s and early 1970s. Bringing together eight of Lee Morgan's most prestigious and finest albums, this 4 CD collection serves as both a welcome reminder of the great man's best ever work, and as a pivotal starting point for those investigating this Jazz giant for the first time