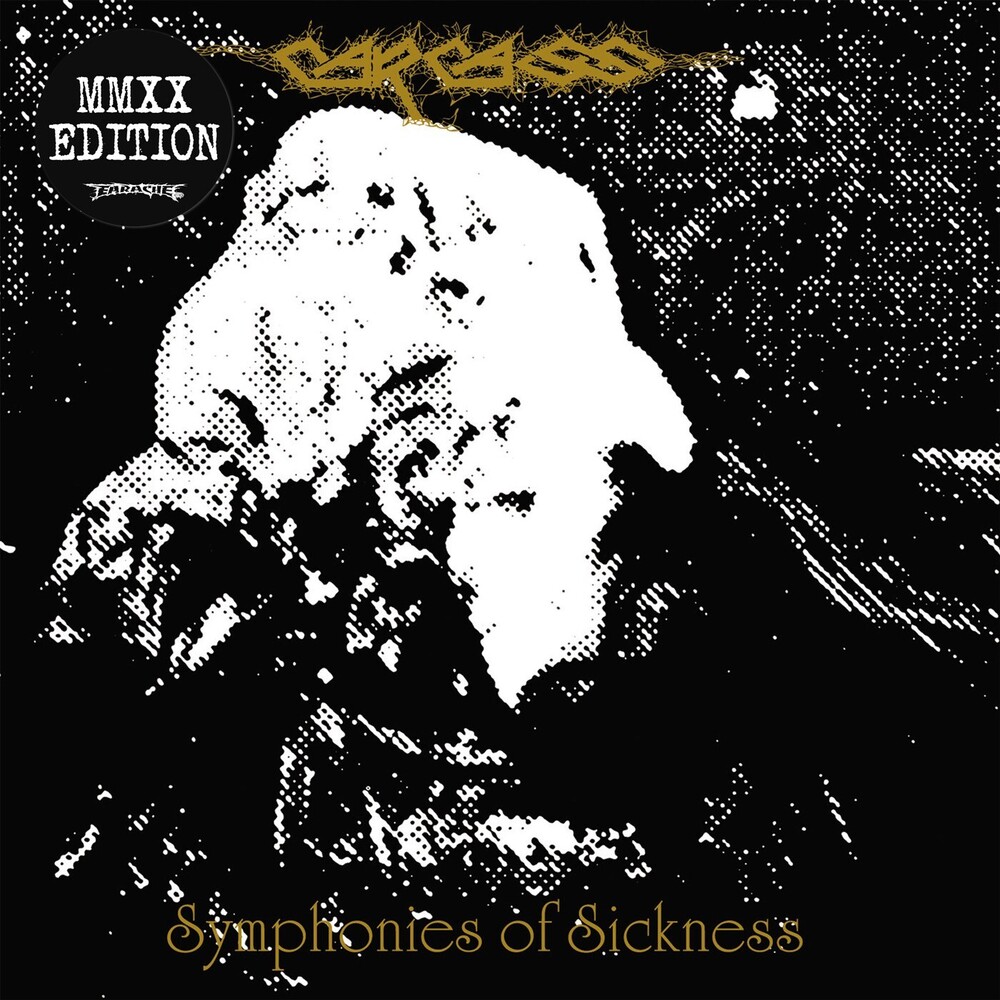 Symphonies Of Sickness Digipack CD (Full Dynamic Range Remastered Audio) - Carcass - Liverpool's legendary Death Metal pioneers Carcass (who still tour extensively to this day) are often credited with shaping the entire death metal genre. Pushing boundaries with their shocking imagery whilst evolving and innovating with each new album. Originally released in 1989, Symphonies of Sickness the second full-length studio album from Carcass - 10 tracks of relentless Death Metal exploring the subject of brutal animal cruelty in the meat industry. First time Earache has released this album on Digipack CD with FDR audio. Carcass reformed in 1997 and their 2013 release Surgical Steel was met with critical acclaim and their first to chart in the TOP 50 in the UK Album Charts. Headlining festivals around the world and still relentlessly touring to this day... Carcass have attracted a huge cult following and a worldwide fan base. Carcass sold over 1 millions albums over their career on Earache Records.
back to top