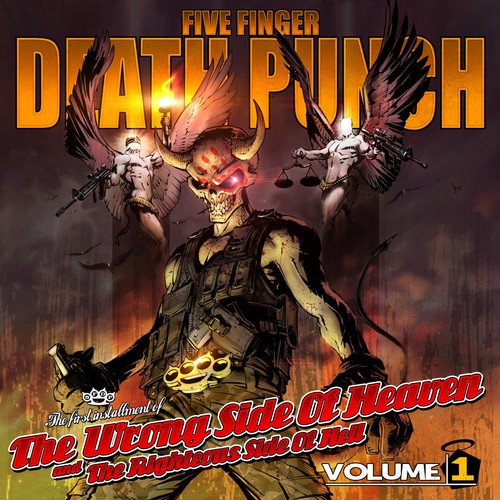 The Wrong Side Of Heaven And The Righteous Side Of Hell, Vol. 1 [Clean]
Artist: Five Finger Death Punch
Format: CD
New: Available $14.98
Wish

CLEAN. 2013 release, the fourth album from the Metal band featuring guest appearances from Rob Halford, Tech N9ne, Max Cavalera and others. Five Finger Death Punch began recording the album shortly after coming off tour. Unexpectedly, they found themselves with two albums worth of material. Instead of releasing a double album, they decided to release the album as two separate pieces. On this release, the gold-selling, chart-topping Las Vegas quintet fire off their most enigmatic, engaging, and empowering salvos yet. Open up your mind, raise your fist, and dive into the Wrong Side of Heaven and the Righteous Side of Hell Vol. 1.