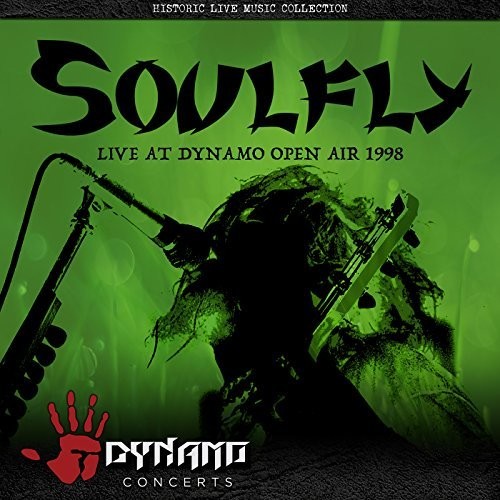 Vinyl LP pressing in gatefold jacket. Archive live release from the metal maniacs. With the debut CD in the stores for just a month, the eclectic thrash metal band Soulfly did their first concert at the Dynamo Open Air in May 1998. At that time, this massive event in The Netherlands was the world's biggest metal event. On this show, Soulfly played songs from their debut as well as Sepultura classics like 'Beneath The Remains' and 'Roots Bloody Roots'. Guests on this very special show include Chino Moreno (Deftones) and Benji Webbe (Skindred). Soulfly is led by former Sepultura frontman Max Cavalera, who formed the band after he left the Brazilian group in 1996. Soulfly incorporates many styles of metal with Brazilian tribal and world music.