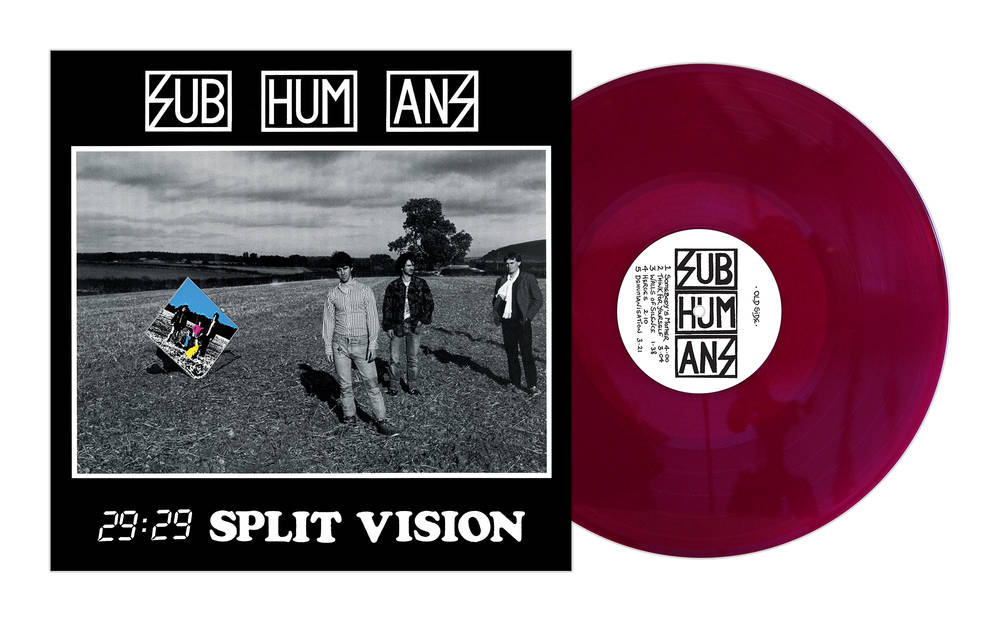 Indie Exclusive * So named because the CD version originally clocked in time-wise at 29 minutes and 29 seconds, ‘29:29 Split Vision’ was recorded in December 1985, just after the band had split up, and they wanted to bring some closure to that period by recording the new songs they were working on at the time, alongside some of their older material that hadn’t yet been properly recorded. Whilst the B-side hints at the underlying reasons the band split up – the inevitable ‘musical differences’, with the three newest songs on the release literally worlds apart (excuse the pun) from their classic material - the five songs on the A-side are veritable belters, and ‘Split Vision’ remains a frustratingly fascinating offering from this most unconventional of punk bands.
back to top