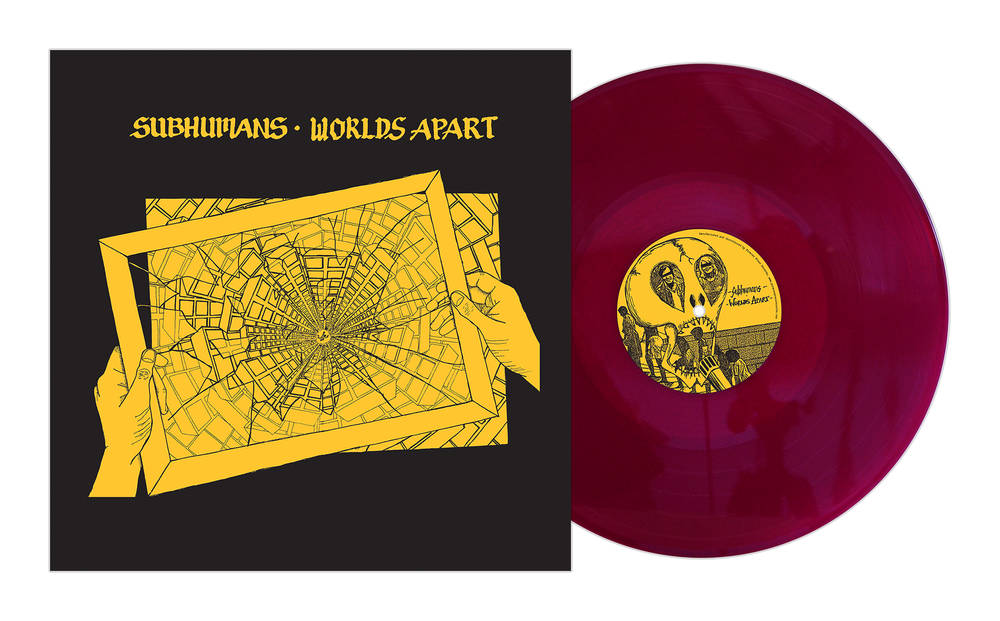 Indie Exclusive * Arguably the highlight of their Eighties output, the third Subhumans album was recorded at Woodlands Studio, Castleford, during Spring 1985, and released early the following year, a few months after the band had split. Opening with the slightly incongruous instrumental, ‘33322’, what it lacks in rampant speed, it more than compensates for with some truly sublime compositions, assured arrangements and dizzying time changes. With a front cover illustration inked by vocalist Dick, ‘Worlds Apart’ saw the band find a veritable sweet spot in their song-writing, spawning many of their best-loved tracks, such as ‘Apathy’, ‘Businessmen’ and ‘Can’t Hear The Words’, but every single track on the album remains an understated masterpiece.
back to top