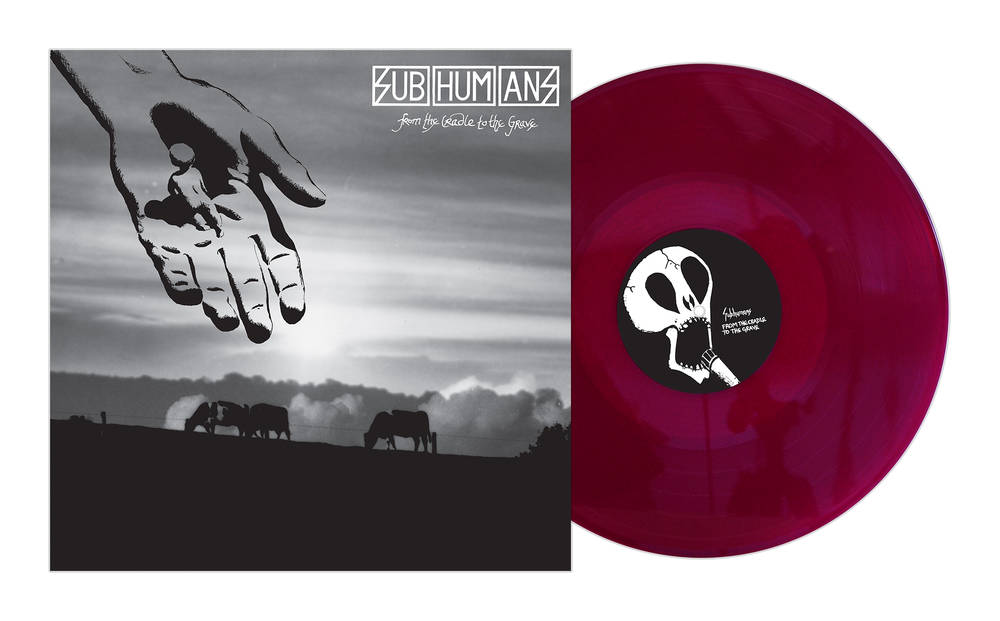 Indie Exclusive * With their eclectic influences and scintillating musicianship, Subhumans were never going to be content to trot out anarcho punk by numbers, but no-one was really prepared for the progressive brilliance of their sophomore album, ‘From The Cradle To The Grave’. Whilst the A-side contains nine short sharp bursts of energised punk, gleefully embracing all points of the spikey spectrum, from the breakneck thrash of ‘Reality Is Waiting For A Bus’ to the ominous dirge of ‘Wake Up Screaming’, it is the ambitious title track that really captures the imagination, its sprawling sixteen-plus-minute running time telling the sorry tale of the human life cycle across a myriad of dynamic acts. If anyone was still in any doubt, it was the band defiantly setting out their stall as a creative entity that existed outside the stifling constraints of perceived musical sub-genres. Committed to tape by the visionary John Loder at Southern Studios at the tail end of 1983, it was released in April 1984 to widespread acclaim – and only kept from the No. 1 spot in the Independent Charts by New Order!
back to top