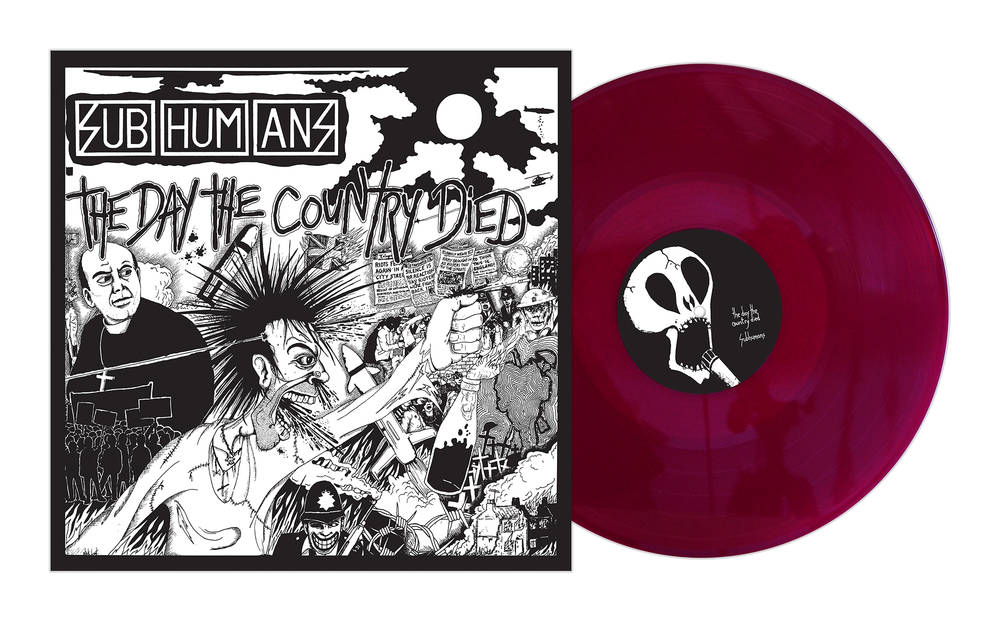 Indie Exclusive * The astounding debut album that established the Subhumans as a genuine force to be reckoned with, ‘The Day The Country Died’ captured both the band’s serious anarcho punk ideology and their irreverent sense of humour. It was apparent from the off that here was a band that could not only stimulate your brain but also put a big shit-eating grin on your face as you jumped about to them. And the now-iconic artwork by Nick Lant – probably his most recognisable piece of work for the band - has adorned countless thousands of jackets and T-shirts since. Recorded over just four days during the heady summer of 1982, and released six months later in January 1983, when it quickly climbed to No. 3 in the UK’s then-important Independent Charts, this exhilarating collection of songs has endured for four decades, the band still regularly kicking their live set off with the opening track, ‘All Gone Dead’.
back to top