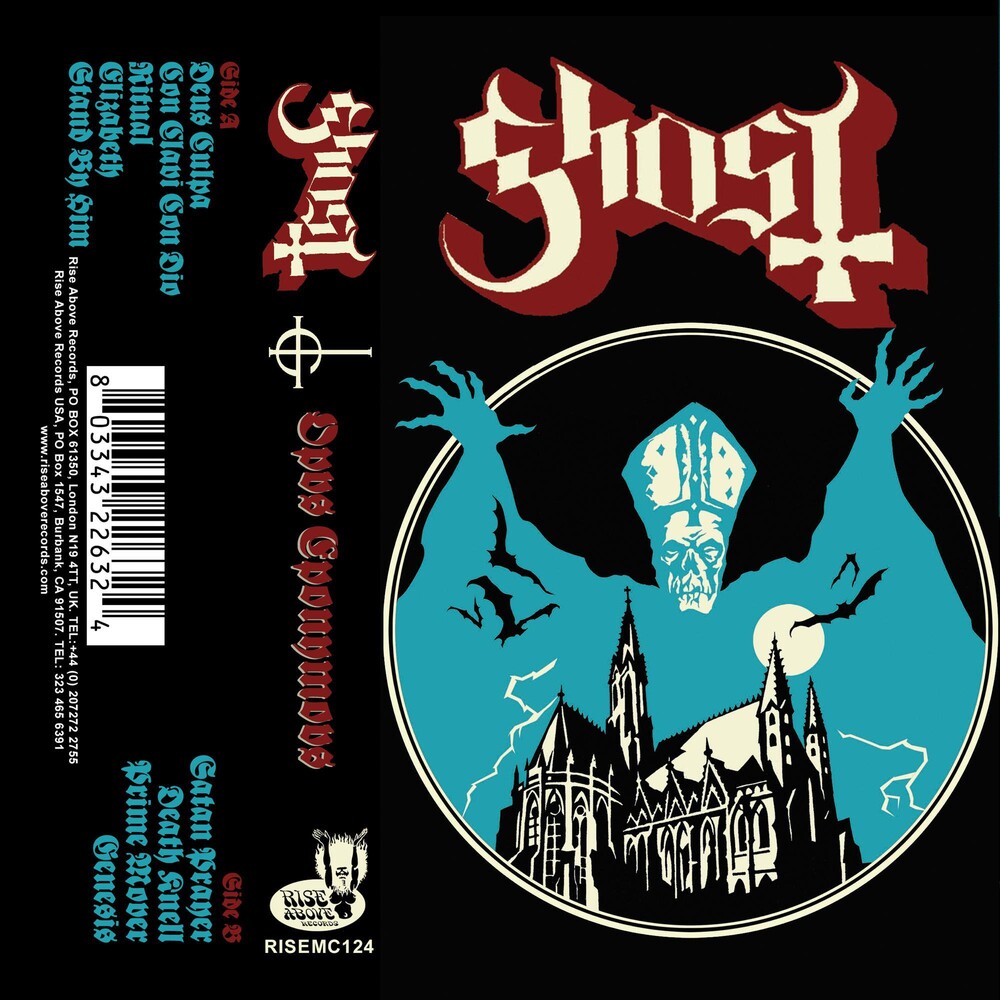 Ghost ?- Opvs Eponymovs - Transparent blue cassette with black paper label. Album is known as "Opus Eponymous". On 5 February 2013, the band announced a name change to "Ghost B.C." in the United States for legal reasons.[25] A Nameless Ghoul said: "B.C. is obviously a pun on 'Before Christ', but it's just an amendment. In our world, we're just gonna be called Ghost... The B.C. is silent, and as soon as we can, it's gonna be taken away forever."
back to top