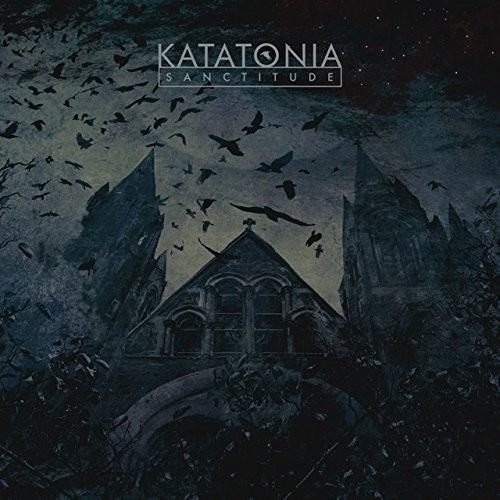 Formed in Sweden in 1991 by Anders Nystrom and Jonas Renkse, Katatonia stand at the forefront of the dark progressive rock genre. In September 2013 KScope released Dethroned and Uncrowned, a reworking of the band s 2012 epic Dead End Kings (originally released on KScope s sister label Peaceville). Dethroned and Uncrowned allowed Katatonia the opportunity to explore a more progressive sound, creating new moods and textures while still staying truthful to the core of the original songs.

Katatonia took Dethroned and Uncrowned on the road in Europe for the first time in May 2014 as Unplugged and Reworked. The band presented an intimate acoustic evening performing tracks from the album alongside atmospheric classics from their entire career, stripped and reworked. Each venue on the tour was carefully chosen for its unique atmosphere.

Sanctitude is a concert film recorded at one of these prestigious venues, in the stunning candle lit setting of London s Union Chapel, where they were joined on guitar and vocals by The Pineapple Thief frontman and songwriter Bruce Soord. The 80 minute set features 17 songs across the albums The Great Cold Distance, Viva Emptiness, Brave Murder Day, Last Fair Deal Gone Down, and of course Dead End Kings/Dethroned and Uncrowned, including fan favorite Teargas . The show closes with the sublime The One You Are Looking for Is Not Here and a special guest appearance by Norwegian vocalist Silje Wergeland of Dutch legends The Gathering.

The Blu-Ray and CD+DVD-V editions both feature the full 1 hour 20 minute live concert of 17 tracks plus the Beyond the Chapel documentary with over 60 minutes of additional footage including brand new interviews with Anders Nystrom and Jonas Renkse plus unseen backstage clips.

The CD+DVD-V edition is presented in a deluxe media book package with a 24 page booklet featuring exclusive photos from across the European tour.