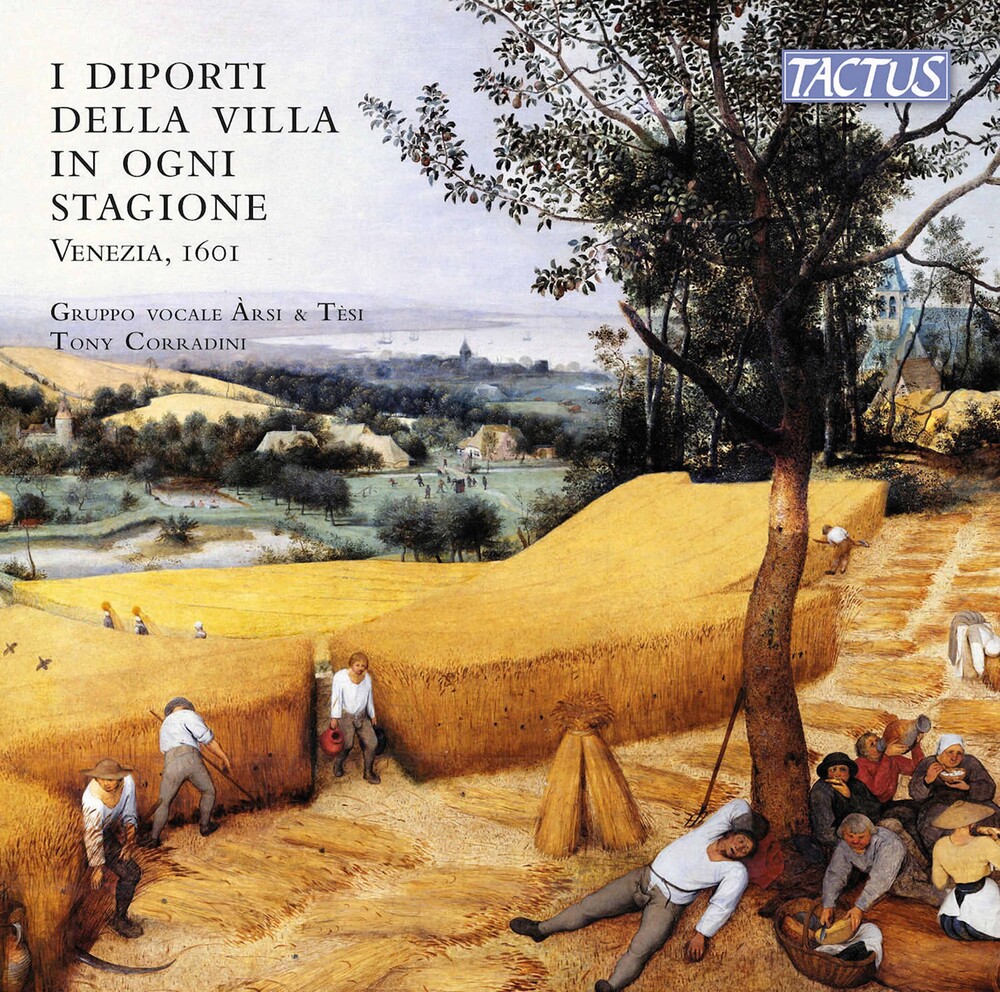 The collection of madrigals "I Diporti della villa in ogni stagione" (The Pastimes of the villa in each season), consists of poems that are chained like episodes of a story marked by the seasons, like details of a larger fresco praising the pleasures of life in the countryside in the alternation of the different moments of the year and illustrating, in a succession of lively images, the occupations and amusements to which those who live far from the urban glamour dedicate themselves in the various months. Fields, rivers, flowers, trees, a varied fauna, shepherds, farmers, wine, fruits, fishing, hunting, bathing, dancing of the nymphs appearing, as it were before the eyes of the listeners: a colorful world full of that idyllic beauty longed for by intellectuals, in which echoes of the Arcadian world are felt, as already exalted in the Trionfo di Dori [Tactus, TC590003] and in many other madrigal productions of the time. Tony Corradini leads the Arsi & TĆØsi Vocal Ensemble in the performance of the madrigals dedicated to the seasons, set to music by some of the greatest composers of the Renaissance era.