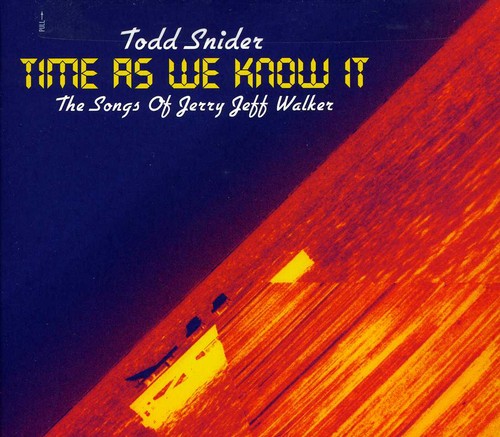 Time As We Know It: Songs of Jerry Jeff Walker
Artist: Todd Snider
Format: CD
New: Not in stock
Wish

I ve always hoped I would stay around long enough to get to make a record of Jerry Jeff Walker songs. He s the guy I saw at 19 and decided to try to be like. His are the first songs I learned. He is the reason we put a gypsy flag on stage. It s kind of a tribute record but not the kind of record in which I record my favorite Jerry Jeff Walker songs because I don t have favorites. We just went into a studio with another hero of mine, Don Was.