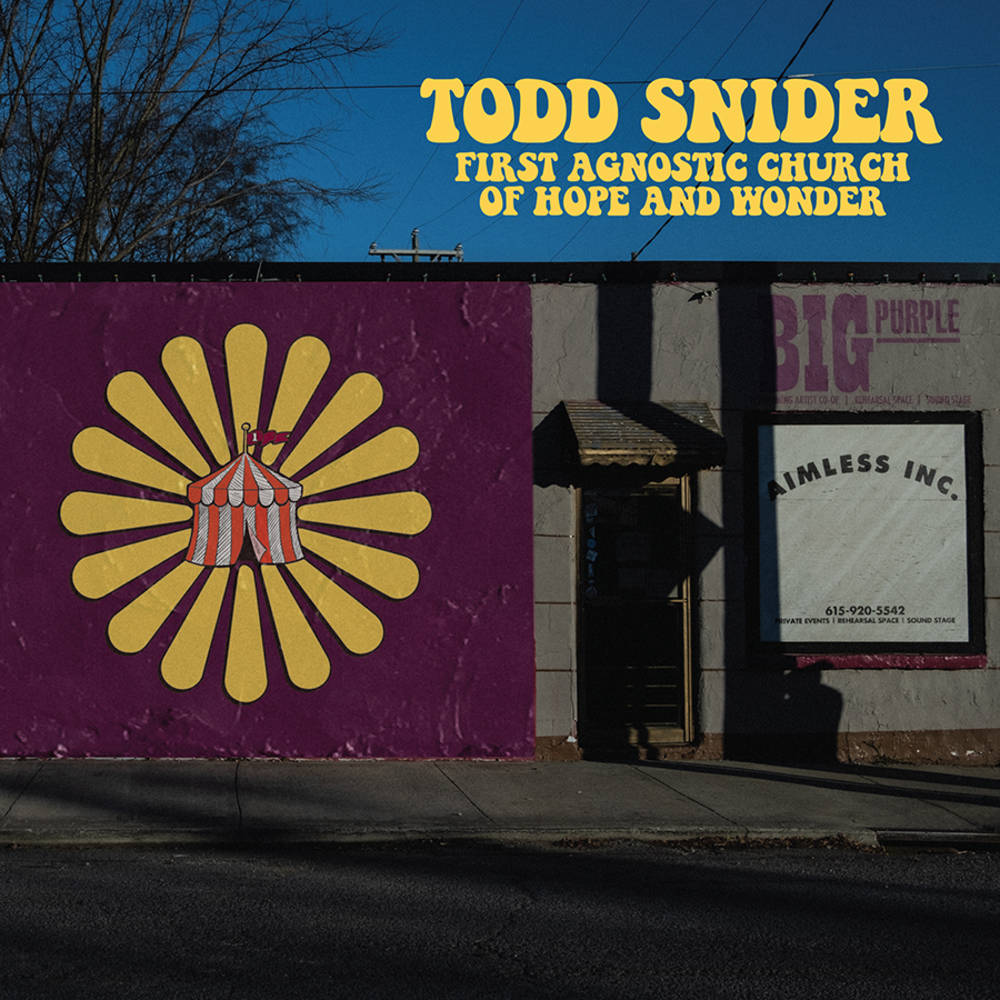 Vinyl LP pressing. A folk record with funk elements and street singer elements and psychedelic elements. Todd calls it "P-Folk" or "Folkadelic." "With this album I had the idea for the sound first, I think. I wanted to do what I was calling funk in back and busking up front with [Beatles'] white album-y shit scattered about. I had done a lot of listening to and looking into Parliament and James Brown and lots of reggae music, too." Borne from Todd Snider's popular weekly live stream series from The Purple Building in East Nashville (pictured on the album cover). "The songs started for me when Jeff Austin passed away. I made up "Sail On, My Friend," then the touring stopped, and so I started a Sunday morning show. Viewers started jokingly referring to it as a church and to me as a reverend. I've only reverend-ed twice. But I have the license so in my mind this opened me up to play bossy kinds of songs... then John Prine passed away, and I made up a song for him ["Handsome John"]."
back to top