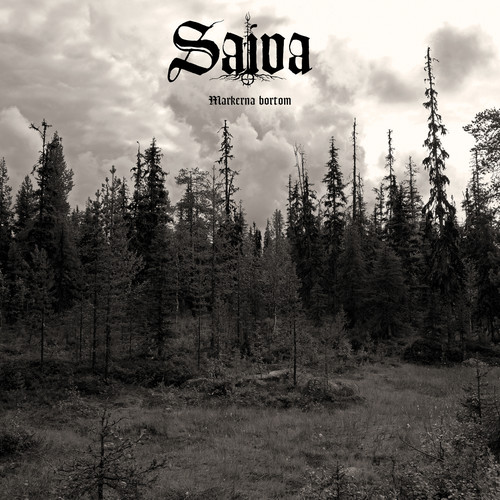 2017 release. Far to the north, beyond the noise and rule of civilization, lies a vast and untamed landscape. It's a place untouched by time, free from the destructive influence of man. Yet, it echoes of an ancient heritage. But whisper in the wind, it still speaks stronger and clearer to those who are willing to listen. It's a land enchanted by myths and stories about man and nature, that of cruelty and beauty and harsh duality of the wilderness. These are the stories reflected through Saiva's stripped-down emotional expression. The debut album Markerna bortom is a unique opportunity for us to take part in a way of life that is indeed unusual in today's society. This album isn't just a nostalgic glimpse at a forgotten time, but a journey to a place forgotten and untraveled by most. Featured guest appearances by J. Kaarna (Tervahäät), Austin Lunn (Panopticon) and Erik Gärdefors (Grift). Saiva consists of a man who lives and breathes in his Lapland. This is his true artistic expression where he writes, compose and record everything in solitude. As on the previous recordings, good old friend J. Marklund complements this album with his distinctive drumming. Juha from Tervahäät sang and wrote the lyrics for the song Mykät louitsut. He is also responsible for writing most of the background ambience on this record. Austin of Panopticon brought in some Americana and plays the mandolin. Erik, known from Grift, has written the poem "Där vindar vänder" and contributes with his characteristic voice. Even though this record is a product of solitude and quiet reflection, it has come together through the solidarity between like-minded individuals. So, people. Please sit down for a while, and let yourself be embraced by The Great Wild North and feel solidarity in solitude.