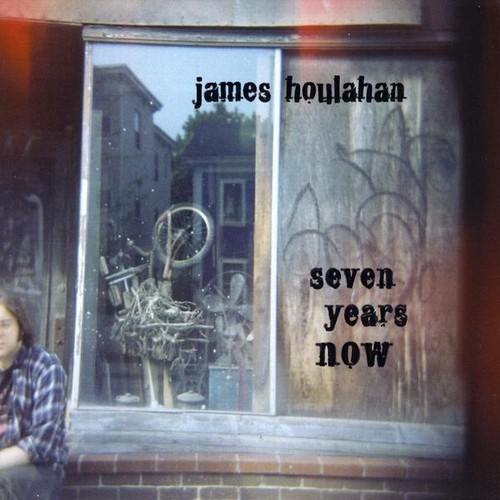 "Seven Years Now" is the debut solo album from James Houlahan. It features a variety of different styles and eclectic instrumentation but is primarily rooted in a dark acoustic sound. Songs like "Full Speed Ahead" and "Walkin' (to wake)" seem to recall echoes of Leonard Cohen while songs like "Diamond Highway" and "Every Stone" are folk-inspired tunes that romp and groove. The record was produced by Tom Eaton and Mike Null and recorded, mixed, and mastered at Thomas Eaton Recording in Newburyport, Massachusetts. Overall, the sounds on the album draw heavily on the acoustic guitar, pump organ, and cello. James Houlahan is a singer, songwriter, and guitar player based in Cambridge, Massachusetts. A founding member of local bands such as Dogs on Television and The Jody Grind, he also performs on his own from a diverse catalog of original tunes. Drawing on influences like Jeff Tweedy and Neil Young, Houlahan is fascinated with combining traditional forms and simple melodies with evocative language and stark imagery.