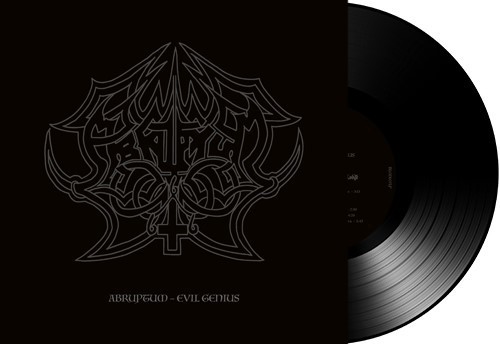 Limited 180gm vinyl LP pressing. Compilation of '90s recordings by the Swedish metal band. Abruptum was formed in 1989 by It and All. There are a multitude of myths surrounding this cult act. Among them are: Midget singer It is a gypsy whose vocal performances are achieved by being tortured and electrocuted by band member All; following the completion of their first demo in 1990, bassist Ext was thrown out of the band. According to It, Ext was so disturbed by the pure evilness of the demo after hearing the finished product that he joined the nearest church after his departure. II then found a new member in (the appropriately named) Evil from the young band Marduk.