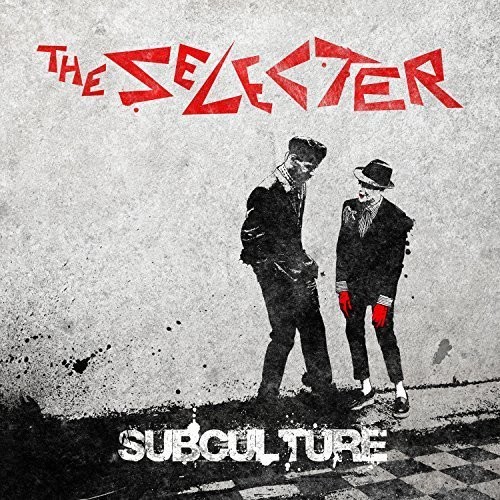 Legendary 2-Tone artists, The Selecter, release their new studio album Subculture . Recorded and produced by Neil Pyzer and expertly mixed by Prince Fatty (Hollie Cook, Lily Allen, Graham Coxon & Gregory Isaacs etc), Subculture is the calling card of a classic band that are completely tuned into the issues and challenges of the modern world. Since re-forming a half-decade ago, The Selecter have become increasingly aware that their championing of 2-Tone, Ska, Reggae & Soul is firmly rooted outside of today s mainstream genres. Despite this, with over 110,000 Facebook fans and tens of thousands more across other networks, The Selecters following is worldwide and enduring. Led by their iconic frontwoman Pauline Black, whose recent series of shows on BBC 6Music were hugely well received, and whose book Black By Design continues to sell in droves worldwide, The Selecter have headlined hundreds of gigs and performed extensively across Europe, USA, Canada, Australia & New Zealand. The Selecter is not just Pauline Black though; alongside an incredible talented band of musicians, including Neil Pyzer (Spear Of Destiny), Will Crewdson (Rachel Stamp) and they are co-fronted by original member Arthur Gaps Hendrickson (who features extensively on Subculture). The world has moved on since 2-tone arrived on the scene in 1979, and The Selecter have committed to moving right along with it. For them it is about moving away from nostalgia debates and focusing on the contemporary and revitalizing optimism that their live performance engenders in audiences all over the world. Its in their DNA.