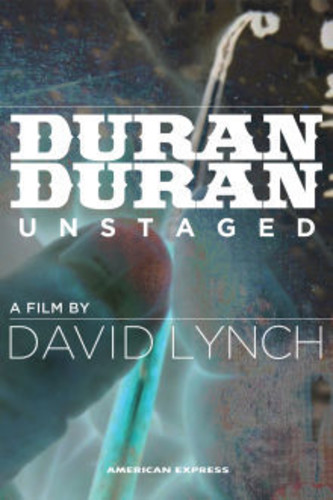 Unstaged is a five-part concert series featuring various artists, presented by YouTube, American Express and VEVO. Each performance included unique online components, such as voting for the encore performance or the ability to switch camera angles. The series began with Arcade Fire, who performed at Madison Square Garden in New York City on August 5th 2010. Duran Duran took the stage at the Mayan Theater in Los Angeles during The All You Need Is Now Tour. The show was directed by David Lynch. The band s setlist consisted of new material alongside their classic MTV-era megahits. The band s new release Paper Gods was released on 9/13 and hit #10 on the Billboard Top 200, proving their fanbase is still as relevant and eager for new DD material as ever!

SET
1. Return to Now
2. All You Need Is Now
3. Being Followed
4. Planet Earth (with Gerard Way)
5. Friends of Mine
6. Notorious (with Beth Ditto)
7. Blame the Machines
8. Hungry Like the Wolf
9. Safe (In the Heat of the Moment) (with Mark Ronson)
10. Leave a Light On
11. Ordinary World
12. The Man Who Stole a Leopard (with Kelis)
13. Girl Panic! (with Mark Ronson)
14. Careless Memories
15. (Reach Up for the) Sunrise
16. Rio
ENCORE
1. Come Undone (with Kelis)
2. Bond Medley/A View To A Kill (with Mark Ronson)
3. Girls on Film (with all guests)
SPECIAL FEATURES
Trailer
Reunited
Backstage
In the Studio
First Instrument,
Concert & Song
Star Struck
Q&A
Nick s Dream
Simon s Dream
White Light