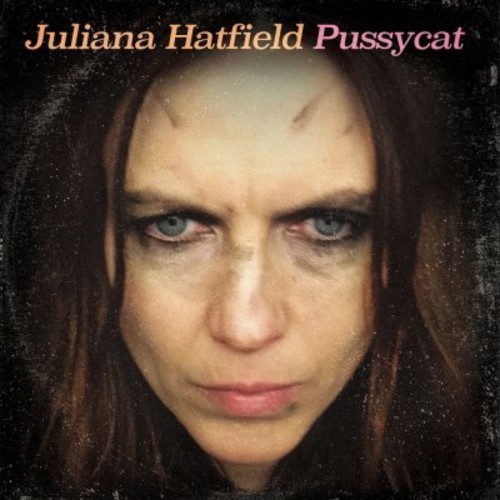 Cassette edition. 2017 release from the alt-rock singer/songwriter. "I wasn't planning on making a record," says Juliana Hatfield, of her Pussycat album. In fact, she thought her songwriting career was on hiatus, and that she had nothing left to say in song form; that she had finally said it all after two decades as a recording artist. But then the presidential election happened. "All of these songs just started pouring out of me. And I felt an urgency to record them, to get them down, and get them out there." She booked some time at Q Division studios in Somerville, Massachusetts near her home in Cambridge and went in with a drummer (Pete Caldes), an engineer (Pat DiCenso) and 14 brand-new songs. Hatfield produced and played every instrument other than drums-bass, keyboards, guitars, vocals. From start to finish-recording through mixing-the whole thing took a total of just twelve and a half days to complete. Pussycat comes on the heels of last year's Hatfield collaboration with Paul Westerberg, the I Don't Cares' Wild Stab album, and before that, 2015's Juliana Hatfield Three reunion/reformation album, Whatever, My Love. Pussycat is being released into a very tense, divided and inflamed America. The songs are reflective of that atmosphere-angry ("When You're A Star"), defiant ("Touch You Again"), disgusted ("Rhinoceros"), but also funny ("Short-Fingered Man"), reflective ("Wonder Why"), righteous ("Heartless") and even hopeful ("Impossible Song", with it's chorus of 'What if we tried to get along/and sing an impossible song').
back to top