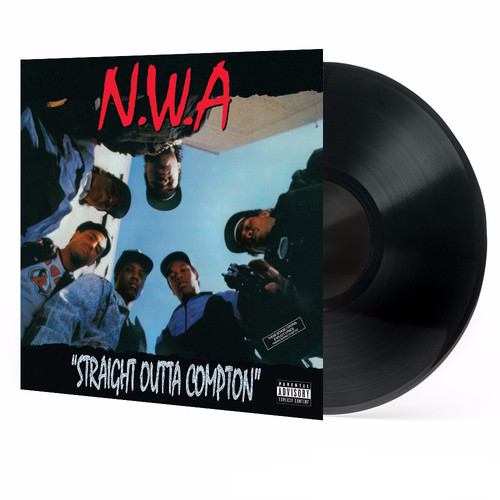 Vinyl LP pressing. Digitally remastered edition of this 1988 Hip Hop classic. Although not the creators of Gangsta Rap, N.W.A was it's most prolific pioneer, putting it on the map of American music without the help of radio or MTV. The group was formed in Compton, California in 1986 by Eazy-E, Dr. Dre, and Ice Cube. Shortly after composing "Boys N the Hood," they added DJ Yella, the D.O.C. and Arabian Prince to the lineup. N.W.A.'s first album, N.W.A And the Posse, was released in 1987. The following year, the group added the edgy vocals of MC Ren. All of the pieces were in place to deliver the now classic Straight Outta Compton in '88.
back to top