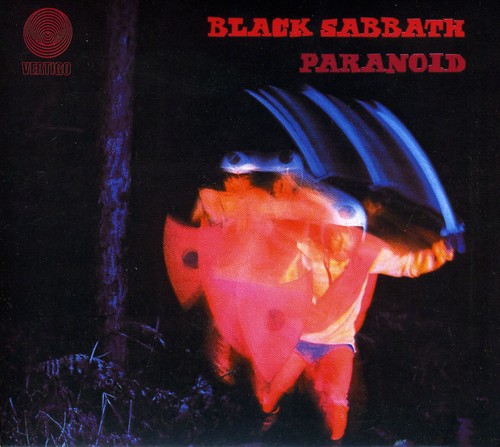 Digitally re-mastered edition of the classic 1970 sophomore album from the British Hard Rock legends. If their debut album threw down the iron-studded gauntlet for all would-be early '70s Hard Rock acts daring to follow-suit, then album #2 would raise the bar yet higher still by becoming one, if not the, greatest Heavy Metal album of all-time. Released on the same day that Jimi Hendrix passed away, Paranoid would become an unstoppable tour-de-force of Rock classics lead from the front by the Top 5 pre-release single that is the iconic title track. Bolstered by further Sabbath classics in the making ('War Pigs', 'Iron Man' and 'Fairies Wear Boots'), Paranoid cemented the Birmingham four-piece as a genuine U.K. musical phenomenon and is seen by many as THE Black Sabbath album. Eight tracks. Sanctuary.