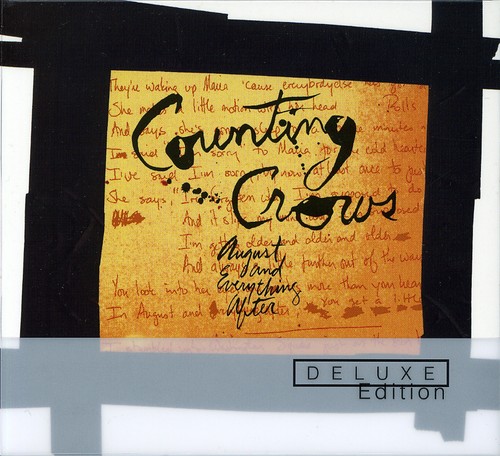 ''August and Everything After'' is the first commercially-released album of the American rock band Counting Crows, released September 14, 1993.

The album cover depicts handwritten lyrics to a song called "August and Everything After", but the band decided against featuring the song on the album of the same name; it wasn't until over a decade later that it was played as part of one of their live concerts.

On September 18, 2007, a two-disc deluxe edition of the album was issued. The first disc contains the original album, remastered by Adam Ayan and Stephen Marcussen, with six songs (including three demos) added as bonus tracks. The second disc is taken from the band's penultimate performance during the ''August'' tour, recorded at the Elysée Montmartre in Paris, France on December 9, 1994. - Wikipedia