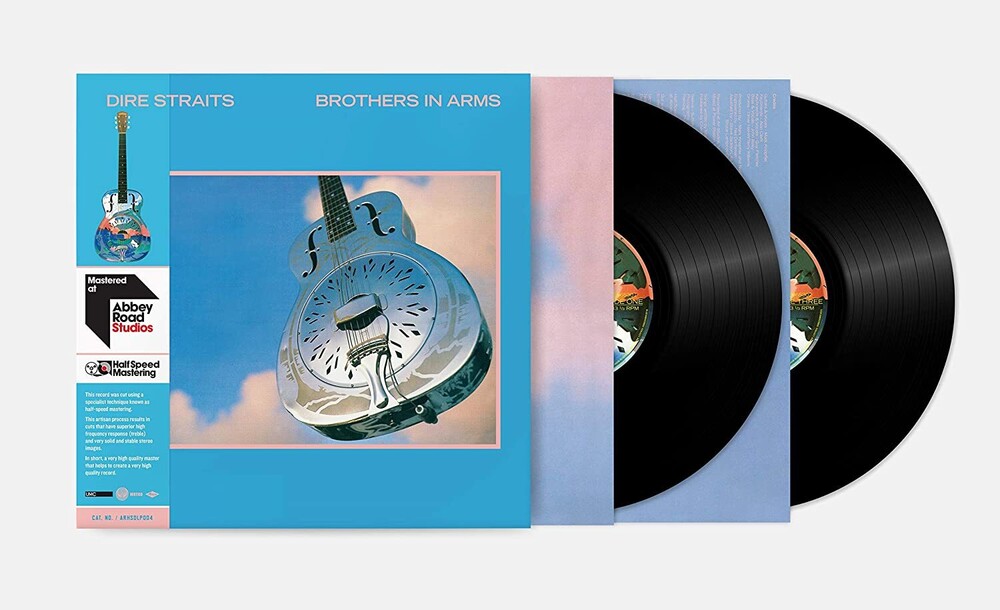 Double 180gm black vinyl LP pressing, cut at half speed. Full colur outer sleeve, with printed inner sleeves. Series-branded obi-strip. Certificate of authenticity from Abbey Road Studios. Half-speed vinyl release of the Dire Straits #1 album Brothers In Arms, mastered by Miles Showell at Abbey Road Studios. Originally released in 1985, the album features the singles 'Money For Nothing', 'Walk Of Life', 'So Far Away', 'Brothers In Arms' and 'Your Latest Trick'. The winner of multiple Grammy awards, the album was the first ever to be certified 10-times platinum in the UK and is one of the world's best-selling albums.