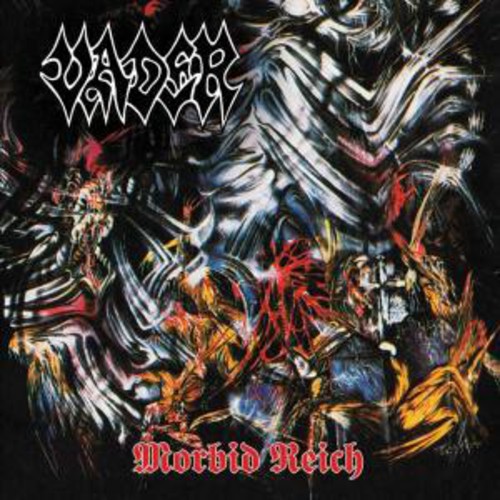 "Morbid Reich" is acclaimed as one of the best selling death metal demos of all time. Morbid Reich - Olsztyn death metal demo Vader issued 1990 by Carnage Records. This is the second team in the history of the material so that Vader has gained popularity in the rapidly developing at that time, Polish metal scene reaching a circulation of 10 000 units. Morbid Reich is often referred to as a demo, in fact accompanied him but typical for album promotion (T-shirts, leaflets, etc.) with the exception that the entire cassette was released on CD. Publisher took 9th place in the poll " the best album in the history of Polish metal " conducted by the magazine Machina. Actually, it's considered one of the best selling metal demos in the history of all metal, selling over 10,000 copies! Peter / Vocals, guitars - Jackie / Bass - Docent / Drums.