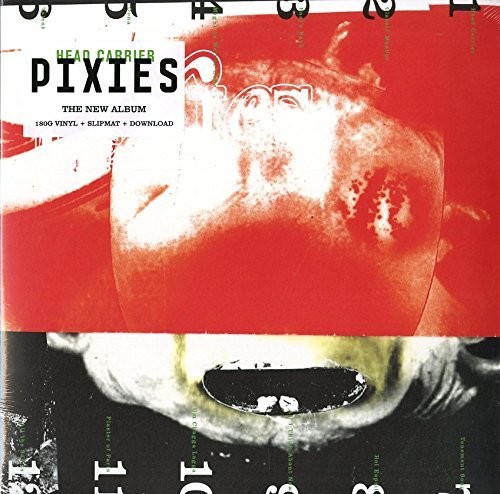 For the first time since their very early days, the Pixies spent a total of six weeks in pre-production, writing, arranging and rehearsing a plethora of songs. Between the band's late-80s/early 90s touring schedule and delivering an album once a year, there simply wasn't time for more than a day or so of fleshing out their music before recording started.

'This was a wonderful luxury, for us to have the time to be able to really work these new songs out,' said Pixies drummer David Lovering. 'By the time we started recording, we all knew the songs backwards and forwards, so it took half as long for us to make this album as it did to make 'Indie Cindy.' And it was great working with Tom (Dalgetty)...he started with us in pre-production and played a big part in keeping us focused on making the best music we could.'

In addition, the band - Lovering, rhythm guitarist/vocalist Black Francis and guitarist Joey Santiago - officially welcome bassist Paz Lenchantin to the Pixies' permanent line-up. Lenchantin has been the band's touring bassist since January 2014, and played an integral part in the recording of Head Carrier. Her cool and dreamy soprano can be heard singing lead on the track 'All I Think About Now.'

All songs were written by the Pixies apart from 'All I Think About Now,' which was written by Francis and Lenchantin.