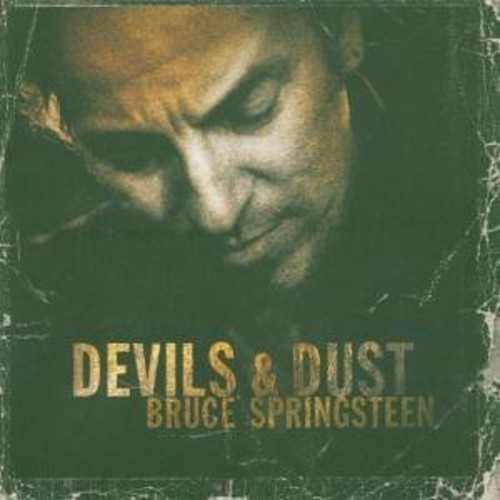 The seed for Bruce Springsteen's 2005 album, Devils & Dust, were sown nearly a decade ago, when the singer/songwriter launched his first-ever solo acoustic tour (1995-96). Springsteen said 'I was so excited after playing on that tour, I'd get off the stage and go write, then I put those songs on the shelf for a while, until I had a chance to revisit them'. Springsteen's first release of all-new material since his September 11-themed, double platinum certified 'The Rising' in July 2002. Two of the album's songs, 'The Hitter' and 'Long Time Comin',' were actually written and performed on the Ghost of Tom Joad Tour. Devils & Dust was produced by Brendan O'Brien, who first worked with Springsteen on the acclaimed CD the Rising. Included is a bonus DVD (PAL/Region 0) featuring many tracks ant the live acoustic video footage of 'Devils And Dust', 'Long Time Comin', 'Reno', 'All I'm Thinkin' About', 'Metamoros Banks'. *Please note you will need an All Code DVD player to view. Columbia.
back to top