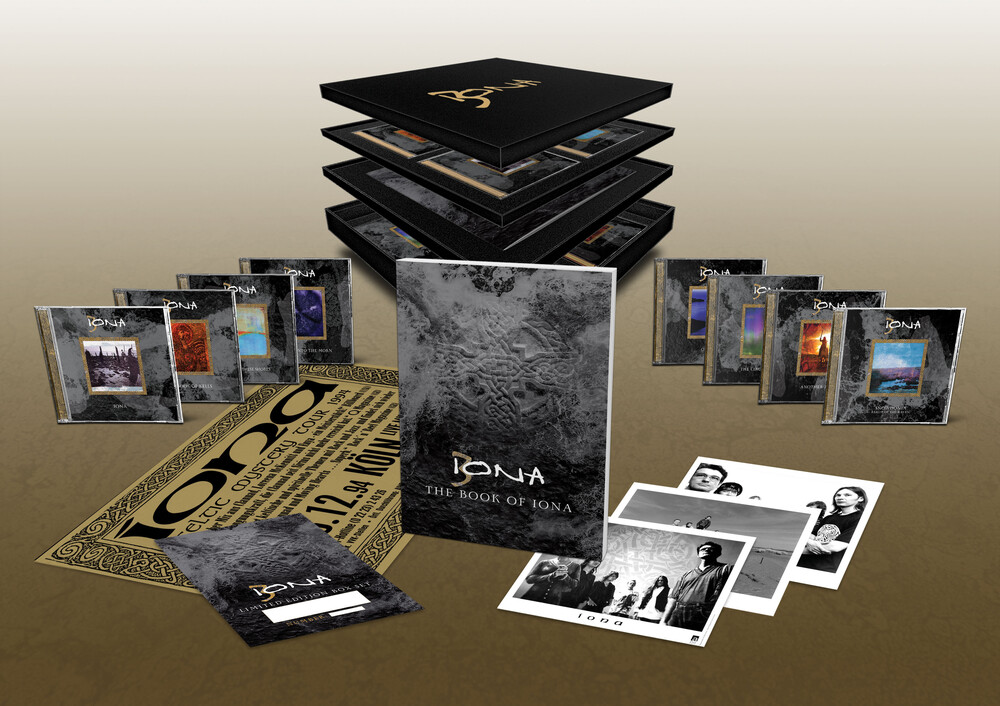 Formed in 1989, IONA took their name from the small island off the west coast of Scotland. From the beginning, their aim was to write spiritual, atmospheric, yet uplifting music that would stir the emotions, weaving complex patterns that echo the intricate knot work of the great Celtic artists. Often inspired by the great figures of the Celtic Golden Age such as Columba, Aidan, Brendan and Patrick, IONA's music is as timeless as the message that reaches out to us across the centuries. Uniquely combining rock / folk / progressive / ethnic and ambient elements with the crystalline voice of Joanne Hogg as their focus, IONA create "a blaze of colors and textures... all the sounds fusing into a single, yearning, heartfelt beautiful cry". They built up a formidable reputation as a great live band with their incredible musicianship and disarmingly humorous banter and were noted for their timeless and innovative studio recordings. THE BOOK OF IONA is a 17CD set, containing ALL their studio albums, with over 9 hours of additional, previously unreleased music. Under the watchful eye of Dave Bainbridge, each studio album comes with it's own companion disc, which features alternative versions, different mixes and unreleased tracks relating to that album. CD17, titled 'The Sound of Iona' comprises of newly recorded versions of many Iona pieces, featuring collaborations with past band members. In addition the box includes a 24 page book, packed with previously unseen photos, images and quotes from the band members, reproduction memorabilia and promotional photographs. This really is every Iona fan's ultimate box set.