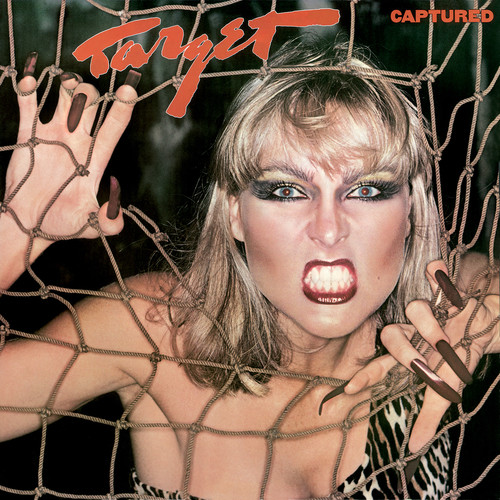 Digitally remastered and expanded edition including six bonus tracks. Memphis during the `70s was a hot bed of musical talent. Sure, it's blues and R&B roots had always been proudly on display, but with the explosion of FM radio, bigger live venues, and the establishment of a renowned studio (Ardent), the city seemed to be providing it's home grown musicians with an opportunity to set the world on fire. None of these possibilities were lost on Target, a cabal of tough rockers keen to stamp their identity on the local scene and beyond. Riding a wave of creativity and seeking to maximize their already solid reputation as a band to watch, Target took the recording of this, their second album, with an impressive sense of purpose. Their debut album had been well received, but Captured, originally issued in 1977 on the A&M label, showcased a band looking to maximize not only their sound but also their image, profile and appeal. Retaining their southern rock roots, the album was recorded by producer Paul Hornsby (the Allman Brothers Band, Marshall Tucker Band, Grinderswitch) at the famed Capricorn Studios in Macon, Georgia. Tougher than the debut, the album oozes a decidedly British blues rock influence, bringing to mind Humble Pie, Bad Company and Trapeze, with vocalist Jimi Jamison developing his unique, velvety rasp, which would later serve him well as the frontman of Survivor. Sadly, swamped by insurmountable business and managerial problems, Target eventually dissolved, leaving behind two fine but now little known albums.