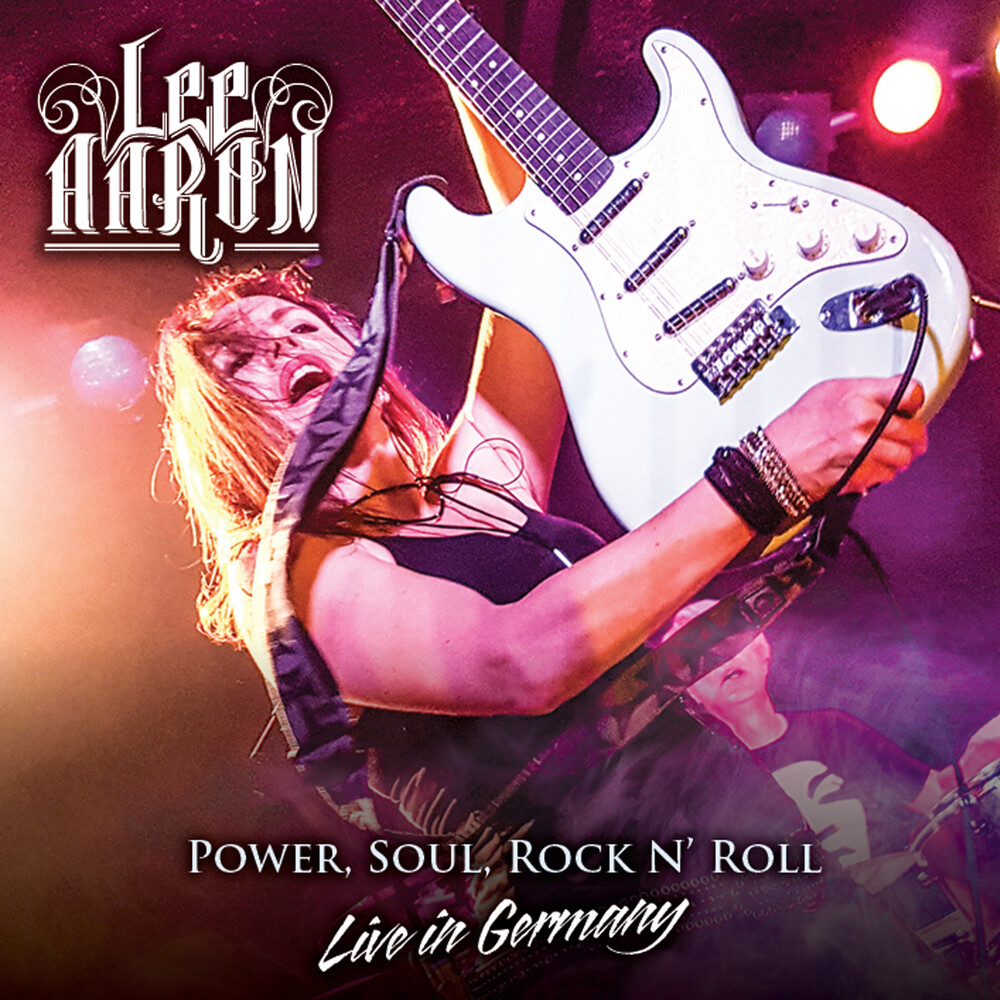 This is multi-platinum Canadian music icon Lee Aaron's first official live album: Power, Soul, and Rock N Roll - Live in Germany!The CD-DVD set features a career-spanning set that highlights the vocal power, hit song-craft and dynamic stage presence that has defined Lee Aaron as one of the world's great rock n roll performers. Recorded live over 2 nights on the Fire and Gasoline German tour, 'Power, Soul, and Rock N Roll' captures both the intimate setting of a packed music hall in Nuremberg, as well as her killer open-air performance in 2017 for 20,000 fans at the famed Bang Your Head festival, Balingen.The set includes Lee's classic anthems like Metal Queen, Barely Holdin' On, Powerline, Hot To Be Rocked, and Whatcha Do To My Body. Fans are treated to a stunning version of Deep Purple's Mistreated along with new fan favorites from Aaron's "return to rock" offerings on 2016's Fire and Gasoline and 2018's Diamond Baby Blues.With Sean Kelly on guitar, Dave Reimer on bass, John Cody on drums, a band whose resume includes work with Nelly Furtado, Bryan Adams, BTO to name but a few), Lee and her band inspire the spirit of great 'live' classic rock albums of the 70's with performances that move and live and breathe, putting the listener in centre of the concert magic. Power, Soul, and Rock N Roll is a 'no fixes and no tricks' off the floor recording of two incredible performances in front of Lee's much loved German fans. Beautifully recorded, and expertly mixed by legendary Canadian producer John Webster, with the striking DVD visuals rendered by Frank Gryner (Def Leppard).Power, Soul, and Rock N Roll - Live In Germany! Is the concert experience Lee Aaron fans have been waiting for and proves, without a doubt, that Lee Aaron is still very much at the top of her game and undeniably, one of the world's greatest rock vocalists.