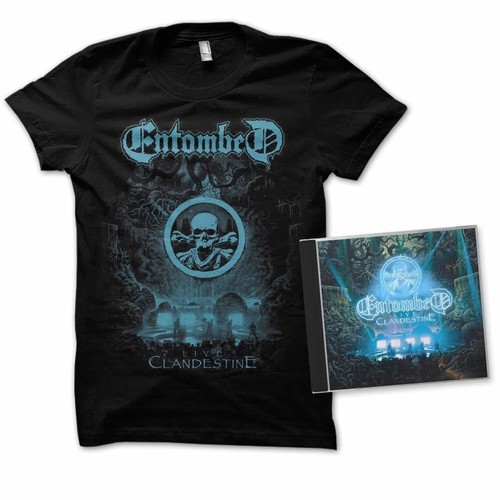 CD + XL t-shirt bundle. 2019 release. A unique Entombed experience with original members Nicke Andersson, Uffe Cederlund and Alex Hellid performing their second album Clandestine for the album's 25th Anniversary. Threeman Recordings now presents Act 2: The Entombed performance - A concert in two acts based entirely on the Swedish band's acclaimed album Clandestine from 1991. It is a unique concert where the pioneering album is played from beginning to end. From the opening "Living Dead" to closing "Through The Collonades". In the first act, the Malmö Symphony Orchestra and Choir performs Clandestine, arranged for orchestra by Thomas Von Wachenfeldt (Wachenfeldt), with the original members from Entombed sitting in as part of the ensemble. In the second act, the band performs the entire album live in the original version for the very first time.
back to top