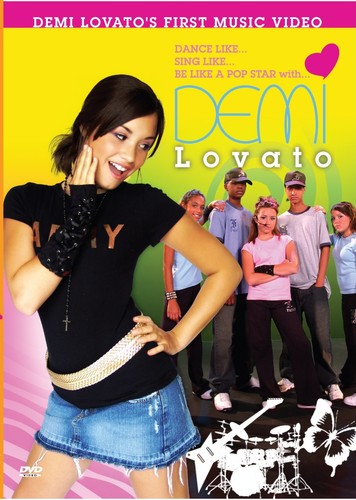 The road to stardom is always a unique journey. Demi Lovato's journey started back in Dallas and ended up in Disney's Camp Rock. This DVD shows and teaches you the Hip Hop dance moves and singing style that Demi used in her first music video. This dance style is great for both beginners and intermediates alike and is seen in many of today's music videos. This DVD contains Demi's first music video called 'Moves Me' plus a bonus CD featuring the audio version of that track.

Demetria Devonne "Demi" Lovato (born August 20, 1992) is an American actress and singer-songwriter. She is best known for her roles as Mitchie Torres in the ''Camp Rock'' movies and as Sonny Munroe in ''Sonny With a Chance''. Lovato starred in the 2009 movie ''Princess Protection Program''. Before Disney, she had one of the roles on ''Barney &amp; Friends''.