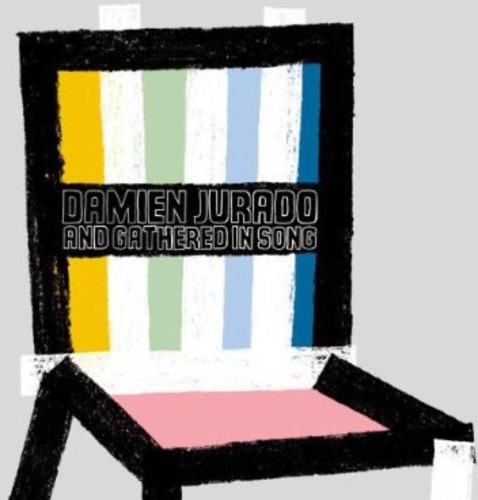 With soft-spoken singer/songwriter Damien Jurado, it’s all a question ofperspective. The quality of his songwriting is tied inextricably to his abilityto evoke a sharp sense of mood, and that, in turn, lives and dies by his generalemotional welfare. And there’s no question that Jurado is a Seattle boy throughand through, since his mindset tends to parallel his hometown’s weather pattern:no matter how sunny his environs, it always threatens to rain.

After indulging in his passion for the morose folk of Nick Drake on his last twoalbums, Jurado has largely returned to the fantastical subject matter and drywit of his 1997 Sub Pop debut Waters Ave S., proving that Robyn Hitchcock’sguiding light has shined brightest all along. And the quirky, jangly guitar rockof I Break Chairs is certainly more instantly appealing than the gloomand doom of 2000’s somewhat uneven Ghost of David. Even with a full backingband in tow, Jurado’s skeletal, soul-baring approach remains constant, andit feels like he’s adjusted to his outer skin enough to approach his troubleswith a stiff upper lip. “It’s like I told you/ you’ll never beas good/ there’s someone always better/ to take your place,” he singson the chorus of “Big Deal.”

Jurado’s songwriting is in fine form on the comically morose “Air ShowDisaster,” but he keeps his best in reserve until spinning an epic tale oftwo kids cutting a swath of destruction to escape humdrum normalcy on “LikeTitanic.” What I Break Chairs loses in sonic variance, it more thanmakes up for in the clarity of Jurado’s vision. And you have to admire histenacity: life handed him a basketful of lemons, and instead of feeling impoverished,he has committed himself to wringing out and savoring every last sour, terrible,exhilarating drop.