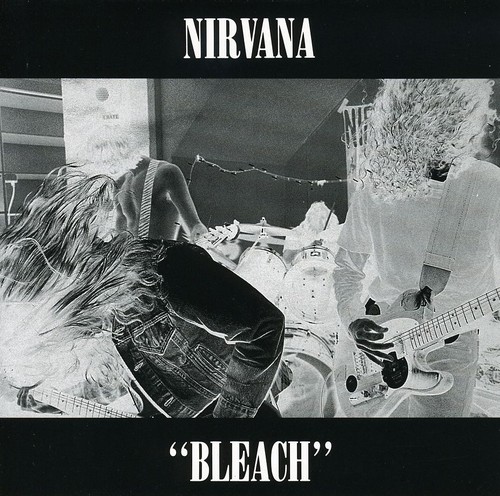 When it first appeared, Bleach seemed like a tuneful approximation of what grunge rock in the Northwest United States was supposed to sound like--gruff, enraged, sometimes tuneful, sometimes silly. Singer Kurt Cobain had the pipes to belt out such power trash as "Mr. Moustache" and the Shocking Blue's "Love Buzz," but considering the sheer volume of frustrated tuneage coming out of Seattle in 1989, it was easy to miss Bleach's subtler textures. In retrospect, "Negative Creep" and "About a Girl" are the obvious standouts that point toward the strum and bang attack that would catapult Nevermind to the top of the charts. But this is also a band without drummer Dave Grohl; his predecessor, Chad Channing (and also the Melvins' Dale Crover), while competent, is no Grohl. Producer Jack Endino gave this album the best sound $600 could buy

''Bleach'' is the debut album by the American grunge band Nirvana. It was recorded in Seattle at a cost of US$606.17 and released on June 15 1989 through the independent record label Sub Pop. Although singer Kurt Cobain says that many of the lyrics he wrote had no meaning, Michael Azerrad proposes that they regarded previous incidents in his life.

The album was well-received by critics, but only a moderate hit upon release. After being reissued in 1992, with Geffen Records dealing with the international release, it appeared on many charts, including a number eighty-nine on the ''Billboard'' 200, and sold over 1.7 million albums in the United States. A remastered 20th Anniversary Edition of the album was released in 2009 with an additional live recording of a Nirvana show from the period. - Wikipedia