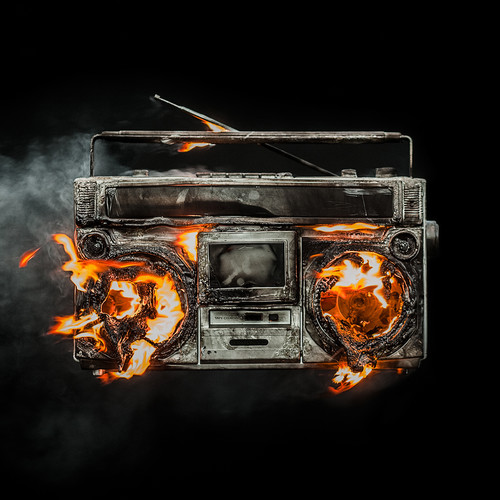 Limited picture disc vinyl LP pressing. Revolution Radio is the twelfth studio album by American punk rock band Green Day, released on October 7, 2016 through Reprise Records. It was Green Day's first album since 21st Century Breakdown (2009) to be recorded as a trio after Jason White returned to being a touring member in 2016. The album received positive reviews from music critics, appearing on multiple year-end lists, and sold 95, 000 first-week album-equivalent units in the U.S. to debut at #1 on the Billboard 200. Revolution Radio also debuted at #1 in the United Kingdom, Ireland, Italy, Canada, and New Zealand. Green Day formed in 1986 by lead vocalist and guitarist Billie Joe Armstrong and bassist Mike Dirnt. For much of the group's career, the band has been a trio with drummer Tré Cool, who replaced former drummer John Kiffmeyer in 1990 prior to the recording of the band's second studio album, Kerplunk (1991). Guitarist Jason White, who has worked with the band as a touring member since 1999, was an official member from 2012 to 2016.
back to top