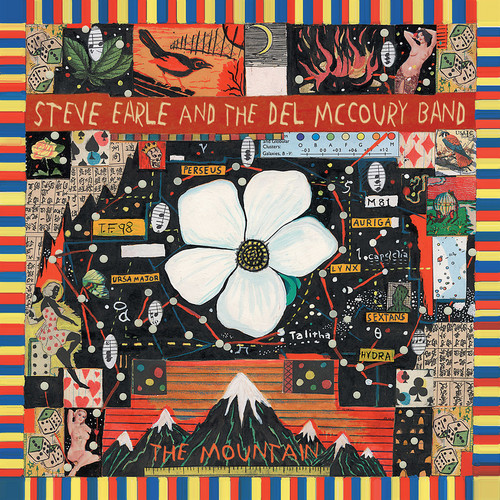 Vinyl LP pressing. 1999 release from the acclaimed country/roots/Americana/folk singer/songwriter. The Mountain is the eighth studio album by Steve Earle. The songs were written by Earle with musical accompaniment provided by the famous bluegrass band of Del McCoury. The album was a significant departure from Earle's previous work, being the first wholly bluegrass album he had written. Earle made the album as a tribute to the founder of bluegrass music, Bill Monroe, who had died in 1996. The album was nominated for a 2000 Grammy Award in the Best Bluegrass Album category (Earle's seventh Grammy nomination). Steve Earle began his career as a songwriter in Nashville and released his first EP in 1982. His breakthrough album was the 1986 album Guitar Town. Since then Earle has released 15 other studio albums and received three Grammy awards. His songs have been recorded by Johnny Cash, Waylon Jennings, Travis Tritt, Vince Gill, Patty Loveless, Shawn Colvin, Ian Stuart Donaldson and Emmylou Harris.
back to top