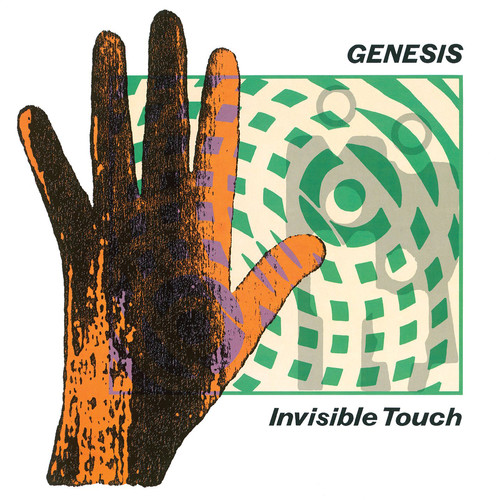 Vinyl LP pressing. Invisible Touch is the thirteenth studio album by Genesis, released on 6 June 1986. After taking a break in group activity for each member to continue with their solo projects in 1984, the band reconvened in October 1985 to write and record Invisible Touch with engineer and producer Hugh Padgham. As with their previous album, it was written entirely through group improvisations and no material developed prior to recording was used. Invisible Touch was a worldwide success and reached #1 on the UK Albums Chart and #3 on the US Billboard 200. It remains the band's highest selling album after it was certified multi-platinum for over 1.2 million copies sold in the UK and 6 million sold in the US. Genesis became the first band and foreign act to have five top five singles on the US Billboard Hot 100, with "Invisible Touch" being their first and only song to reach #1 on the charts.