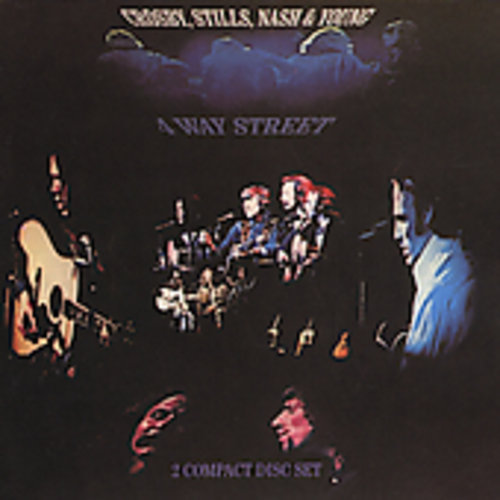 CSN&Y managed to release this double-LP document of their 1970 tour before splintering into solo careers and short-lived reunions. This 1992 expanded edition adds four acoustic solo spots to the original 17 cuts including Teach Your Children; Triad; Cowgirl in the Sand; Long Time Gone; Southern Man; Ohio, and Carry On.

''4 Way Street'' is the third album by Crosby, Stills & Nash, their second as Crosby, Stills, Nash & Young, and their first live album. It was originally released in 1971, shipping as a gold record and peaking at #1 on the Billboard Top Pop Albums chart. A document of their tour from the previous year, the live recordings presented were taken from shows at The Fillmore East, New York, June 2–June 7, 1970 The Chicago Auditorium, Chicago, July 5, 1970 and The Forum, Los Angeles, June 26–June 28, 1970. - Wikipedia