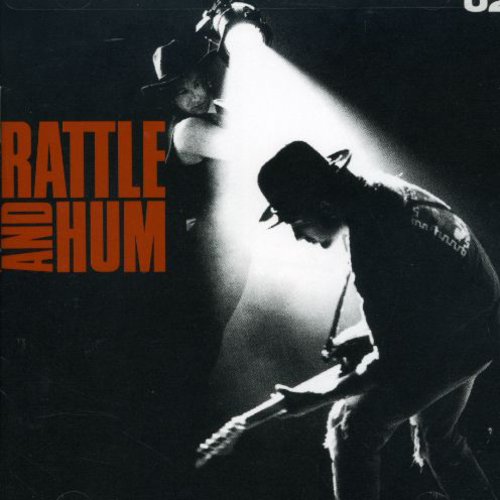 ''Rattle and Hum'' is the name of both an album and a companion documentary style motion picture by Irish rock band U2. Both were released in 1988.

Both the film and the album contain live recordings, covers, and new songs. To a greater extent than on their previous album, ''The Joshua Tree'', the band explores American Music, and incorporates elements of blues-rock, folk rock, and country. The motion picture was filmed primarily in the United States in late 1987 during the Joshua Tree Tour and it features their experiences with American music. Although ''Rattle and Hum'' was intended to represent the band paying tribute to rock legends, some critics accused U2 of trying to place themselves amongst the ranks of these artists. While critical reception was mixed, the album was a commercial success, reaching the #1 spot in several countries with multiplatinum sales. - Wikipedia

U2 - When Love Comes To Town (Rattle & Hum Version)