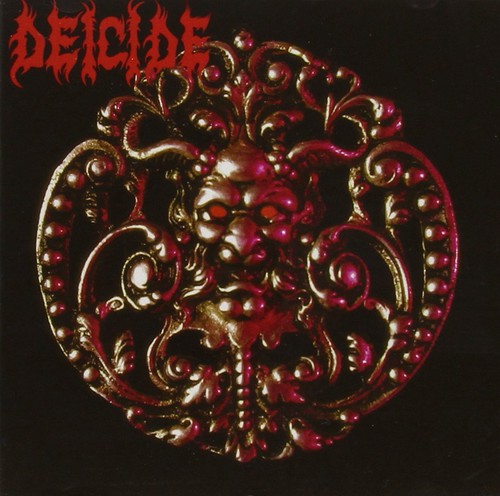 Vinyl LP pressing. 1990 album from the Death Metal band. This debut full length platter was recorded and mixed at Morrisound Studios, Tampa, Florida. While containing mostly Satanic or blasphemous lyrical themes, "Lunatic of God's Creation" and "Carnage in the Temple of the Damned" concern Charles Manson and Jim Jones respectively, and "Dead by Dawn" deals with the plot of the 1981 horror film, The Evil Dead. Deicide is sometimes considered to be the bestselling death metal album of all time. Bassist/vocalist Glen Benton has stated that no effects were used on his vocals while recording the album, though several songs do contain a pitch-shifted vocal effect.
back to top