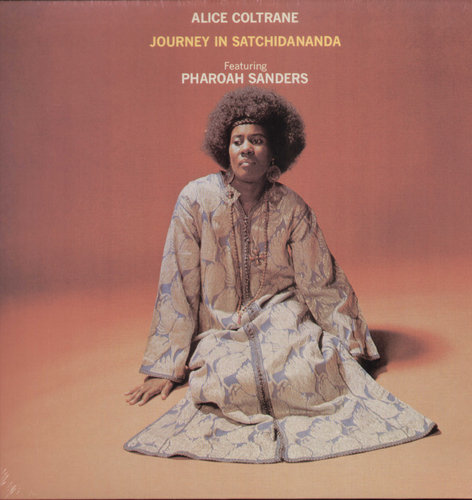 Digitally remastered using 20-bit technology by Erick Labson (MCA Music Media Studios). Recorded at the Coltrane Studio, Dix Hills, New York on November 8, 1970 and live at the Village Gate, New York, New York on July 4, 1970. Originally released on Impulse (9203). Includes liner notes by Alice Coltrane. The death of John Coltrane left not only a musical, but a spiritual void among his many followers and admirers. By aligning himself with the searchers among the new generation, John Coltrane legitimized their quest and set a daunting standard of excellence for those who experiment outside the mainstream of modern jazz. Among those searchers was young Alice McLeod of Detroit, a virtuoso on the vibraphone, piano, organ and harp. John Coltrane had always expressed a fondness for the harp, and while young McLeod never did bring that instrument into the context of Trane's working groups, she did bring her rolling, ecstatic style of piano to bear in the saxophonist's last quartets and quintets as Mrs. Alice Coltrane. JOURNEY IN SATCHIDANANDA, recorded in the fall of 1970, is a serene, composed meditation on the lessons of the 1960's, a mystical work of enduring sweetness and spiritual longing. The concluding cut "Isis And Osiris" (recorded earlier that summer at the Village Gate), is a global village of texture and song, animated by Pharaoh Sanders' gently wafting soprano and Rashied Ali's quicksilver brushwork, as Vishnu Wood's feathery oud, Charlie Haden's woody bass and Coltrane's sweeping harp combine to create a dreamy vortex of sound. The title cut and "Shiva-Loka"-centered around Cecil McBee's sonorous, lyric bass vamps and Tulsi's droning tambourine-are gorgeous evocations of modal jazz and Indian ragas, again exploiting the contrast between Sanders' reedy chants and Coltrane's blissful arpeggios. And then there's "Stopover Bombay" and "Something About John Coltrane, " which reveal the melodious symmetry of Alice Coltrane's piano playing, a singular style deeply imbued in the old time testimonies of the spirituals and the blues.