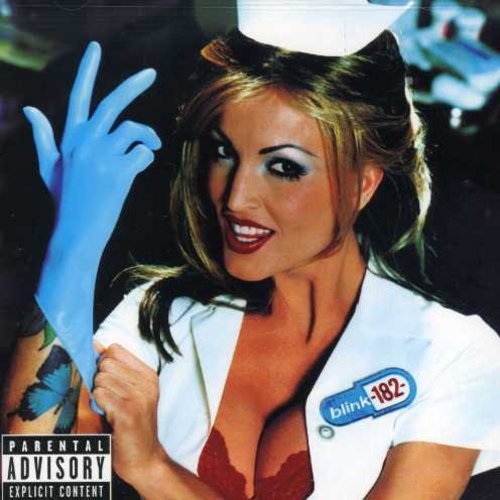 Enema of the State
Artist: Wehbba
Format: CD
New: Not in stock
Wish

Blink 182 has carved out a loyal following with relentless touring, and on the strength of their hit single "Dammit (Growing Up)," Blink 182's Dude Ranch has sold over 800,000 copies to date. Now the band is poised to make the jump to stardom. Produced by Jerry Finn (Rancid, Green Day, Pennywise), Enema of the State is a shot of Punk Rock that promises to be the group's miracle cure for the millions. 1st single/video: "What's My Age Again?" on Warped Tour '99!

''Enema of the State'' is the third studio album by the American pop punk band Blink-182. It was the first Blink-182 album produced by Jerry Finn, whom the band would collaborate with for their next two albums, and was released on June 1, 1999 through MCA Records. The album was the first to feature Travis Barker, who replaced former drummer Scott Raynor. Three singles were released from the album, each highly successful: "What's My Age Again?", "All the Small Things" and "Adam's Song".

The album received positive reviews from critics and was a major commercial success worldwide, bringing Blink-182 major mainstream success. ''Enema of the State'' is often seen as a landmark pop punk album, propelling the genre into the mainstream as well as elevating the band's stature to pop punk icons. Since its release, ''Enema of the State'' has sold over 15 million copies worldwide making it Blink-182's highest selling album. - Wikipedia